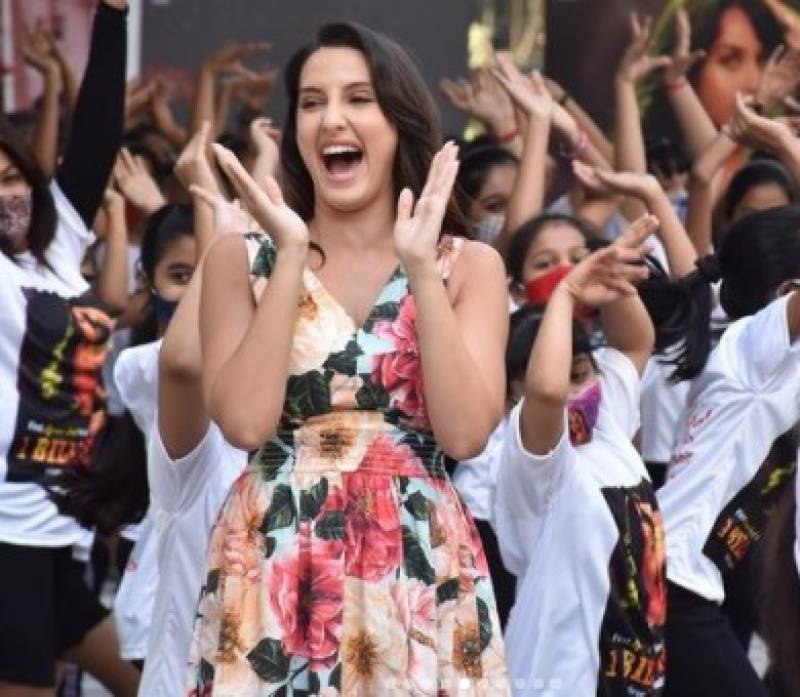 Nora Fatehi had everyone grooving with her debut song Dilbar. Everyone's favourite tune to dance on, Dilbar adds another feather to the cap as it crosses a whopping 1 billion views on Youtube.

Fatehi is the first African Arab female artiste to hit the 1billion mark and the 29-year-old tinsel town dancing queen managed to steal the hearts of the masses after dancing to the reworked version of Sushmita Sen's item number from the 1999 film.

Taking to her Instagram handle, the O Saki Saki star shared the pictures from the celebrations. Nora was spotted chirping and enjoying as she penned a gratitude note.

"What an AMAZING SURPRISE flash mob THANK u guys for planning this???? ????Today history is made as im officially the first African arab female artist to hit 1 billion on youtube #dilbar ! And I couldn’t do it without ur unconditional love and support! Im forever forever GRATEFUL and GREATLY HUMBLED.. more to come"

Rahat Fateh Ali Khan's Zaroori Tha has conquered another milestone as it has bagged a whopping 1 billion views on ...