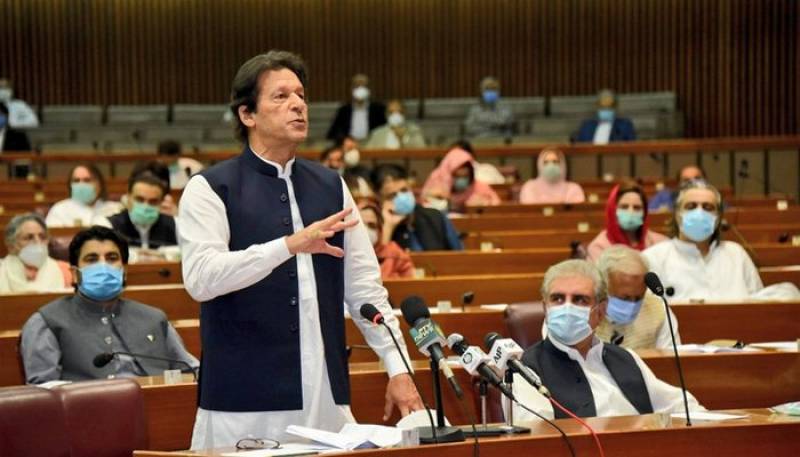 ISLAMABAD – Prime Minister Imran Khan while concluding the National Assembly speech after securing the vote of confidence said ‘No matter my party stands with me or not, I will fight till the last ball’.

The premier first thanked his allies for standing with him in difficult times. Calling at the party leaders he said I realized that you all were heartbroken when Hafeez Sheikh lost in the Senate but I saw a team among party leaders.

He felicitated PTI members as many members have arrived with great difficulty and there are also many who were not in good health. Furthermore, after receiving a vote of confidence from the House, he said that we should never forget why Pakistan was created because when a nation retreats from its ideology, it dies.

ISLAMABAD – Prime Minister Imran Khan on Saturday won the vote of confidence with a majority vote in the National ...

Khan also reacted to the Election Commission of Pakistan’s (ECP) response to his reservations. Lamenting at the situation, he said ‘If this was a good election, what would be the worst’.

Prime Minister also announced to bring election reforms in Pakistan. He added that I want to tell the ECP that we are introducing an electronic voting system.