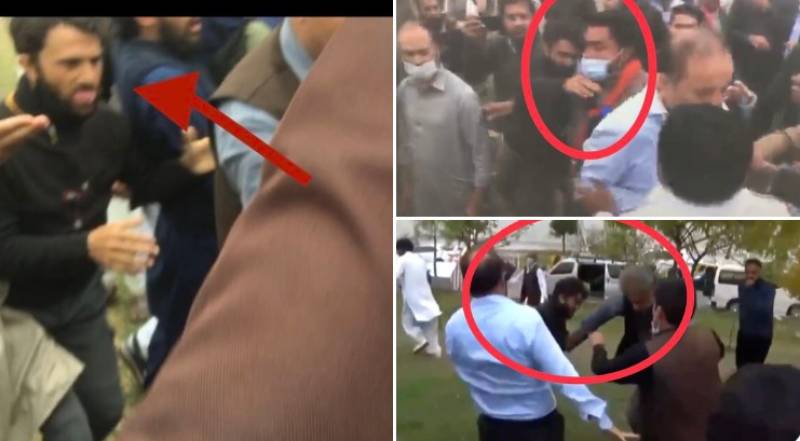 LAHORE – A man being, who allegedly attacked leaders of PML-N including Marriyam Aurangzeb when PTI supporters surrounded them at D-Chowk in Islamabad, has been tracked down by Twitter users.

The leaders of the opposition party came under attack when they gathered outside the Parliament house ahead of confidence vote motion in the National Assembly earlier today.

Soon after the mainstream media covered the event, social media also flooded with various video clips and pictures of the clashes with some trying to find the persons, who hit the political leaders.

Another user dug out more details, providing identity of the man. He claimed that the alleged attacker is worker of the PTI and belongs to Abbottabad.

However, the man, who has been identified as Kamran Khan, has reportedly denied the reports of attacking the opposition leaders.