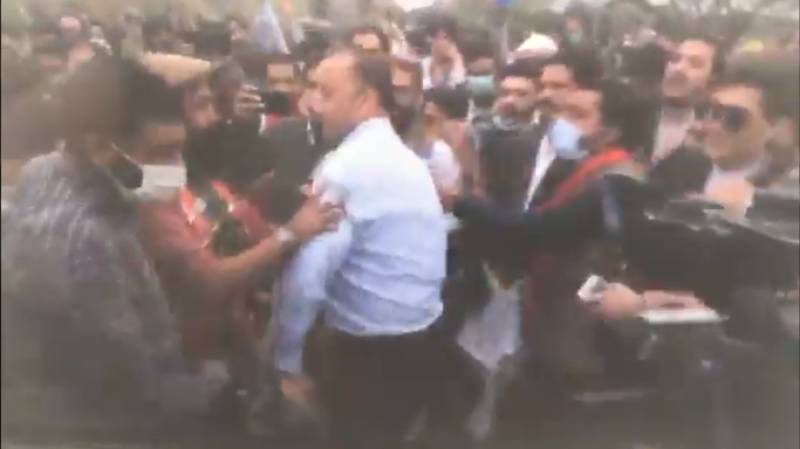 ISLAMABAD – Pakistan Muslim League-Nawaz (PML-N) leaders Shahid Khaqan Abbasi, Marriyum Aurangzeb, and Musadik Malik were manhandled during a scuffle between the PML-N leaders and PTI workers that broke out outside the parliament lodges on Saturday.

The fight shortly broke out after a presser of the opposition members. A shoe was thrown at PML-N leader Ahsan Iqbal while party spokesperson Marriyum Aurangzeb accused PTI workers of abusing her along with party members.

Condemning the act, Aurangzeb said ‘we will not let this hooliganism continue; she further added that we will continue to fight these power and sugar mafias.

Dr. Musadik Malik lambasted at ruling party members. He said whether this was the state of Medina Imran had promised where women were not safe. Our party female leader was attacked and abused,” he added.

Raising concern about the mishap, he added ‘where was the police of the state of Madina when all this was happening? He said these goons have fled and left the puppet premier on his own, he added.

In the video, a young man can be seen slapping Malik and then running away. Abbasi lunged at the attacker who managed to escape quickly.

According to the police, it is, however, not confirmed if the shoe was thrown by a PTI supporter.

ISLAMABAD – A shoe was hurled at PMLN leader Ahsan Iqbal when he arrived at the National Assembly. He along with ...