Just one flight of Obama's wife, daughters costs $57,000 to Americans 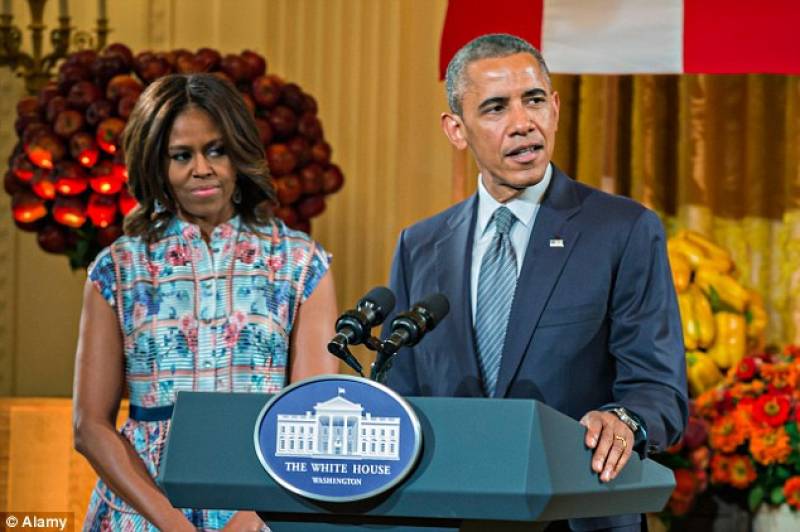 WASHINGTON (Web Desk) – United States taxpayers bailed over $57,000 as First Lady Michelle Obama and her daughters Sasha and Malia took a weekend trip to Colorado in February this year.

This is the expense of just one trip’s single flight whereas United States’ lady has taken similar journeys each of the last three years over President's Day weekend. This year it happened to coincide with Valentine's Day.

Judicial Watch, a right-leaning watchdog group, obtained documents through a Freedom Of Information Act request showing that the U.S. Air Force ferried the three Obamas – the president was golfing elsewhere – to a ski resort over the extended weekend, spending $57,068 on jet travel.

The plane ferried the three Obama, their Secret Service protection and a group of support staffers for the 3-day jaunt from Febrary 13 to February 16.

The Obamas themselves reportedly stayed with Jim and Paula Crown, a campaign-donation power couple from Chicago who have a second home in Aspen.

Still, the weekend trip cost taxpayers 'more than 14 times what the average American of four spends for an entire week-long vacation,' according to Judicial Watch.

'Including the Aspen trip, government records indicate that the beyond-first-class travel of the Obamas and Vice President Joe Biden have cost the American people well over $56 million.'

Judicial Watch suggested Wednesday that Mrs. Obama may have intended to keep the Aspen trip under Americans' collective radar.

But her motorcade wasn't able to slip through the Colorado resort town unnoticed because of an unrelated car accident that closed a roadway for 40 minutes and left them stranded in the comfort of their limousines.

The Obamas were permitted to 'sneak through' police barriers 'while they waited on tow trucks,' according to Aspen Police Chief Brian Olsen.

Even if Secret Service expenses drove the Aspen trip's cost above $100,000, it would still pale in comparison to the amount the U.S. Treasury spent on the Obamas' 2012-2013 vacation in Hawaii.