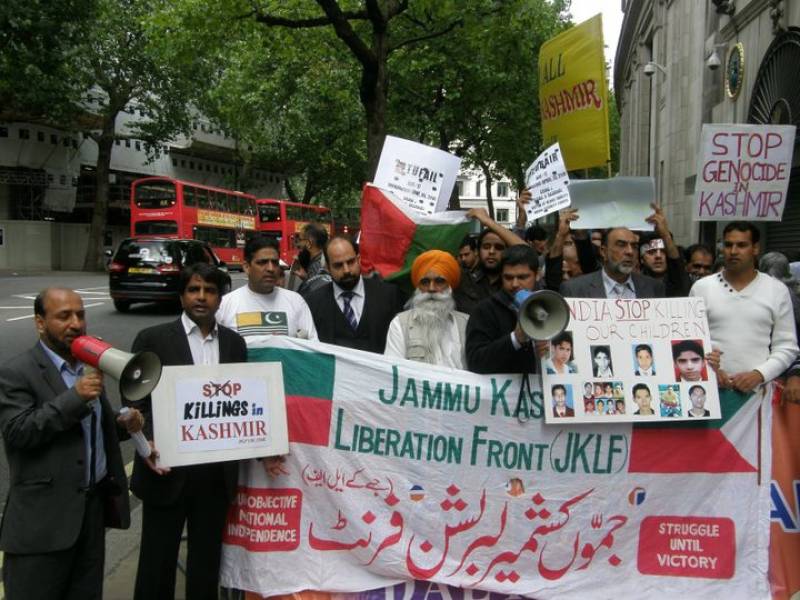 ISLAMABAD (APP) - The Green Party has issued a powerful statement supporting Kashmiri and Sikh Diaspora on their key human rights concerns ahead of Thursday's polls in the United Kingdom.

Responding to the call made at a major international Conference held at Birmingham's Council House last week, the party's National Spokesperson on Foreign Affairs has acknowledged the "urgent need to protect the human rights of Sikhs, Kashmiris, Christians and other smaller minority groups in India, all of whom face serious threats."

According to Kashmir Media Service, Tony Clarke, who is himself standing for election, spoke out against those in India who use violence to control the people as they have "designed a systematic structure to punish populations who are regarded as enemies of whatever the current power relationship is. Seeking change or self-determination, or even as little as asking for human rights are met with iron resistance and punishment".

Mr Clarke was critical of the indifference shown by many governments in the international community but in issuing his statement to the Conference organisers, responded directly to their call for assurances on the post-election scenario.

He stated: "Rest assured then that however many Green Party MPs are elected to Parliament after the 2015 General Election, all of them will be working in Parliament and with the diaspora communities in the UK to bring pressure for intervention with the Indian Government and to call for recognition of and respect for the right of self-determination as set out in the 1966 International Covenants on Human Rights, for the release of political prisoners and for justice for the victims, their families and all those affected over too many years".