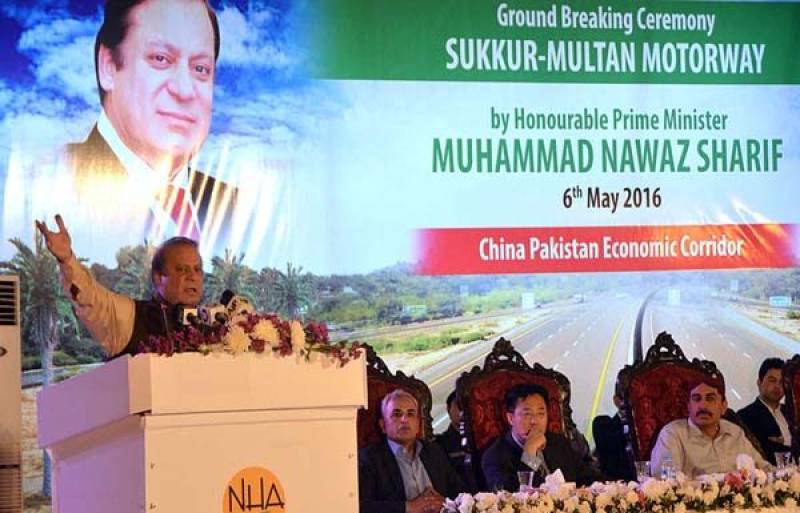 SUKKUR (Web Desk) - Prime Minister (PM) Muhammad Nawaz Sharif Friday related terrorists with those pursuing the politics of agitation and said the nation has rejected the agenda of all those who were against Pakistan’s development and progress.

“We will continue to serve the masses selflessly with the same vigor, zeal and commitment,” he said and added “Pakistan would soon be part of the global economic powers.”

He said the agenda of terrorists was to create disruption and chaos and push Pakistan back to the dark ages.

The Prime Minister said he wished that Leader of Opposition Syed Khurshid Shah was here at this grand event.

"We are building a bridge in your area, while you are demanding my resignation," he said.

The Prime Minister asked the crowd whether the situation in the country has improved over the past three years or not, to which the gathering of the PML-N workers responded with enthusiasm.

He also questioned whether they saw improvement in law and order within Karachi, law and order across the country and the state of the national economy.

Meanwhile, Opposition Leader Khursheed Shah thanked the PM for remembering him in his speech and said the Premier should have invited him in the ceremony.

The Prime Minister also announced construction of the 125-year old Sukkur barrage and said the new project would be built at a cost of Rs 6.5 billion and said work on the project would start this year.