Why women will keep getting harassed at political rallies in Pakistan 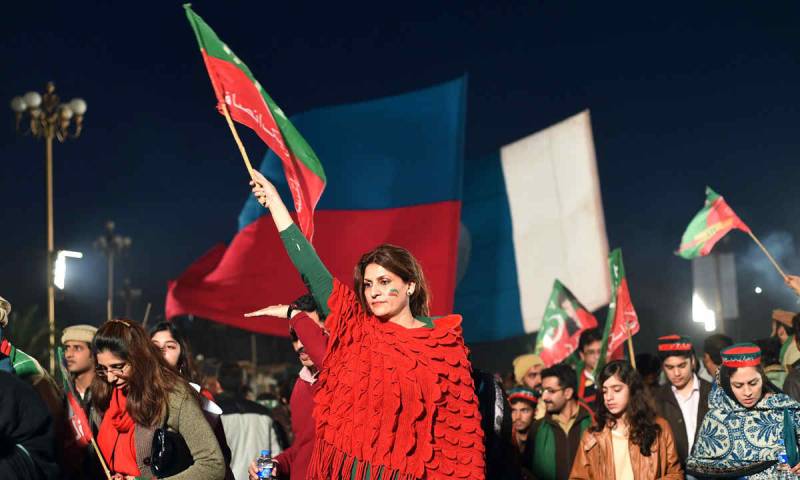 So women were harassed at the Lahore PTI rally. Did nobody see this coming? As Pakistan Tehreek-e-Insaf begins to hold rallies at narrow venues, where a small crowd may seem like a large gathering, people are seen cramping into these tiny places. Among these people are young urban women who wear “provocative” clothes, according to some.

In a society where gender segregation is the norm, young adults are often on the lookout for meeting points where interaction with the opposite sex is possible. This is one of the reasons young crowds flock to Imran Khan’s rallies. “My cousin and I both found suitable wives at PTI’s Islamabad protests in 2014” said Amanat, a die-hard lower middle class PTI supporter from rural Punjab.

While some protesters come in search of serious relationships others look to take advantage of the mayhem at such events. The female SP responsible for security of the female pavilion also happened to leave the area before the rally had come to a close, leading many of her subordinates to do the same soon after. This left the female pavilion open to incursion.

In the aftermath of the dismal harassment incident, all involved parties pointed fingers at each another, and no one took ownership of the issue. The ruling PML (N), who had vowed just two days earlier to protect the protesters, started complaining that the venue wasn’t suitable and  shifted blame on the PTI.

Similarly, PTI protestors insisted that this was the work of PML-N gangsters. How were they so sure? We may never know. What is for sure is that the incident troubles the mind. What is the future of women in Pakistani politics if they are not able to attend a public procession without harassment? What has led us here?

Women in Pakistan have had to deal with hooting, whistling and in extreme cases physical harassment at such public events for a long time. Add that to the perception of the general Pakistani male about PTI rallies, fuelled by stories of “illicit” behavior that had sprung up since the grand protests in Islamabad, and you had a disaster waiting to happen.

Your average Pakistani male believes that a woman below a certain age is asking for it if she is found in public or among guys in anything less than a Hijab. No team of security can battle this mindset.