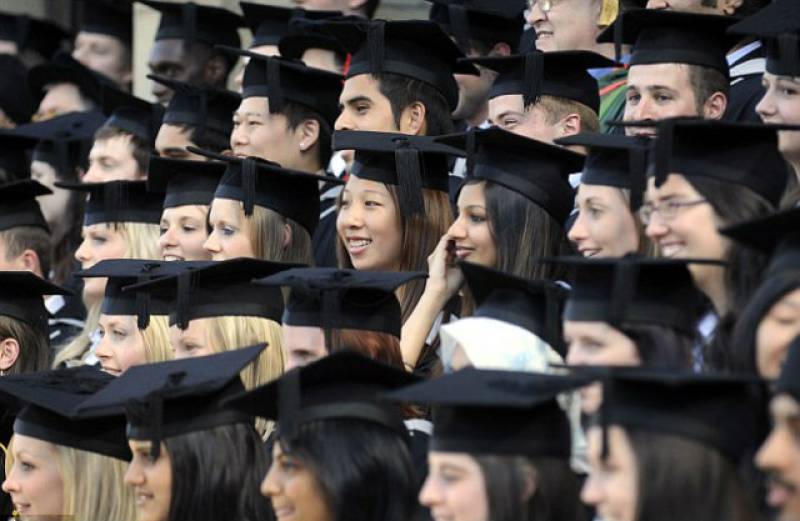 BEIJING - China has become the most popular destination for overseas studies in Pakistan as number of Pakistani students has risen from 5,000 to existing 22,000 during the last five years.

The number of Pakistan students studying science and technology, engineering, medical, media, and arts in different cities of China has increased manifold along with the progress of energy, communication and infrastructure projects being completed under China Pakistan Economic Corridor (CPEC).

The Chinese government is providing more scholarships to Pakistani students than the students of other Asian countries.

Pakistani students belonging to almost all parts of the country are taking advantage of scholarships offered by Chinese government under the Belt and Road Initiative (BRI), according to some educationists.

BEIJING - For the first time, China’s aerospace institute has enrolled students from different countries including ...

“Pakistan considers China as one of its closest friend and partner, and China considers Pakistan as its ‘Iron Brother.”

Pakistani students are not just coming for the affordable education and job prospects but also for the general experience and quality of life possible in China’s big cities, Global Times while quoting an official of the ministry of education reported.

Domestic efforts combined with the attractiveness of studying in China have changed the mindset of Pakistan’s young generation.

Traditionally, those who could afford it would send their children to the UK or the US. But, now, Pakistanis from the upper and lower middle classes apply for scholarships to study in China.

“The percentage of Pakistani students going to China to study is on the rise, while the percentage of those who seek Western education is lowered,” Syed Junaid Akbar, a Pakistani business school student at North China Electric Power University, said.

According to the statistics from the Ministry of Education of People’s Republic of China, as many as 489,200 students from 204 countries and regions studied in 935 higher institutions across China last year.

With most lucrative and low-risk opportunities, Pakistan has just started to turn the global investors on. The South ...

The number of students studying liberal arts subjects remained the highest, accounting for 48.45 percent of the total.

The number of those studying engineering, management, science, art and agriculture increased significantly, with a year-on-year growth of over 20 percent.

Moreover, 58,600 Chinese government scholarship students from 180 countries including Pakistan studied in the country in 2017, accounting for 11.97 percent.–Agencies