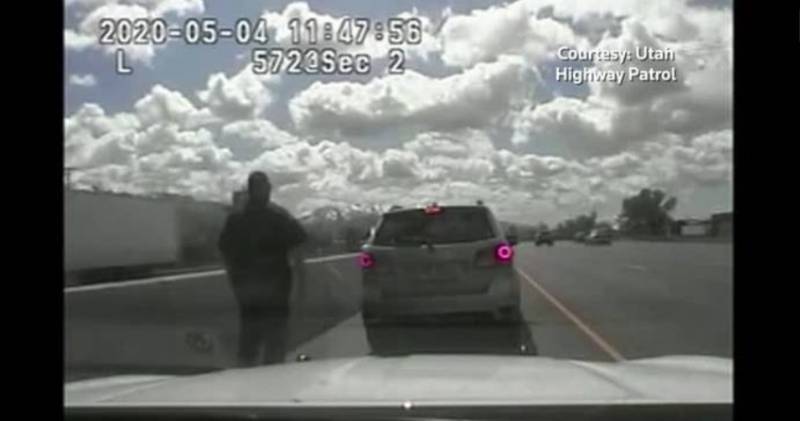 SALT LAKE CITY – A suspected "impaired driver" shocked the troopers when they stopped him on a US highway for driving at about 48 km/hr, in a zigzag fashion. It was a 5-year-old boy in the driver's seat!

But the more astonishing part of this story was what the child said – that he was going to California to buy a Lamborghini— and he has just three dollars in his pocket.

In a video shared by Utah Highway Patrol, an SUV is seen was moving slowly on the left lane of the Interstate 15 freeway. The vehicle heaved in sight of a switched-on trooper, Rick Morgan, who activated his siren. The driver neatly pulled over to the side of the road.

"As Trp. Morgan approached the driver-side of the vehicle on foot, he noted that it was strange that he could not see the head of the driver from the rear window," the Highway Patrol said in a statement released yesterday.

A dashboard camera video posted by the police captured the conversation between the trooper and the driver, which has since been viewed on YouTube almost 1,422,585 times.

He then asked the child where he learned how to drive and took down other details.

The boy, the policeman learnt, had an argument with his mother because he wanted to buy a Lamborghini – a demand flatly refused by the mother.

"He decided he'd take the car and go to California to buy one himself," Utah Highway Patrol said on Twitter. "He might have been short on the purchase amount, as he only had $3 dollars in his wallet."

One of our Troopers in Weber Co. initiated a traffic stop on what he thought was an impaired driver. Turns out it was this young man, age 5, somehow made his way up onto the freeway in his parents' car. Made it from 17th and Lincoln in Ogden down to the 25th St off-ramp SB I-15. pic.twitter.com/3aF1g22jRB

The boy, identified as Adrian, had managed to drive about two to three miles (three to five kilometres) from his home before he was stopped and his parents contacted.

No-one was hurt in the incident. It will be left to local prosecutors to decide whether to file charges against the parents, KSL-TV reports.

Both were at work and he was left in the care of a sibling when he took the car. Police issued a reminder to ensure car keys are not easily accessible to children.