Tom Cruise, NASA team up to shoot a movie in space 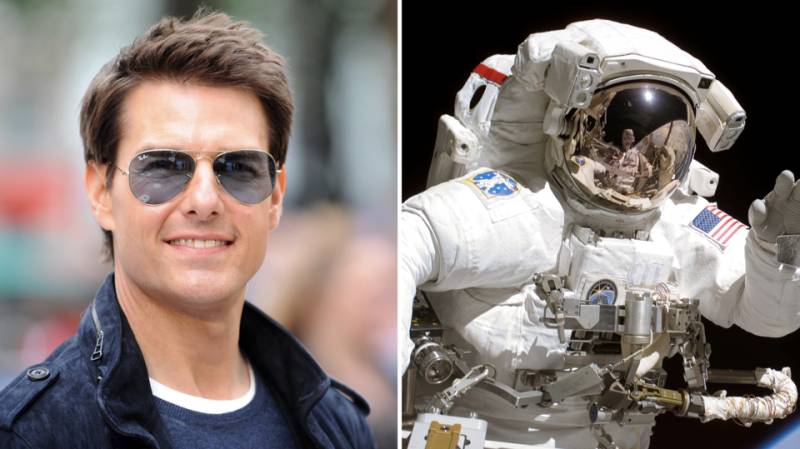 For his next stunt, Tom Cruise is going far away from Earth and headed to space!

According to a tweet from NASA administrator Jim Bridenstine, Cruise, will film in space instead of some studio in Hollywood.

NASA is excited to work with @TomCruise on a film aboard the @Space_Station! We need popular media to inspire a new generation of engineers and scientists to make @NASA’s ambitious plans a reality. pic.twitter.com/CaPwfXtfUv

"NASA is excited to work with Tom Cruise on a film aboard the space station," he wrote on Tuesday. "We need more popular media to inspire a new generation of engineers and scientists to make NASA's ambitious plans a reality."

Earlier this week, it was reported that Cruise was in talks with Elon Musk’s SpaceX and NASA about a potential action-adventure movie. A studio is not yet publicly associated to the project and the film’s plot has been kept under wraps for now, but it is reportedly not tied to the Mission Impossible franchise.

Tom Cruise, 57, is known for his daredevil films and performing risky stunts. He flew fighter jets for the upcoming Top Gun: Maverick, and has hung off the side of a plane during takeoff for the Mission Impossible films, and scaled the Burj Khalifa skyscraper in Dubai – the tallest building in the world.

The production of Mission: Impossible 7 was halted in February as the coronavirus epidemic took hold of Italy. The virus has caused a worldwide shutdown of Hollywood movie and TV production and the closure of movie theatres.

If Cruise successfully performa all action sequences possible with space training and the movie becomes a hit, he will be alone in the Hollywood record books.