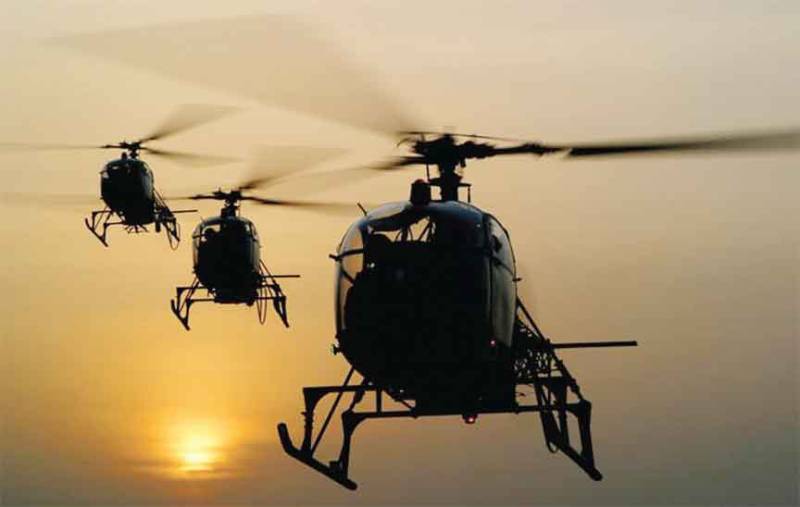 KABUL/NEW DELHI (Web Desk) - Afghanistan is poised to acquire four attack helicopters from India to help it fight a growing Taliban insurgency, a small but significant deal marking a shift in Kabul's search for allies that is likely to anger Pakistan.

Soon after he took over, Afghan President Ashraf Ghani held off military assistance from India while he courted Pakistan's political and military leadership to end years of mutual hostility and steer the Taliban toward negotiations. 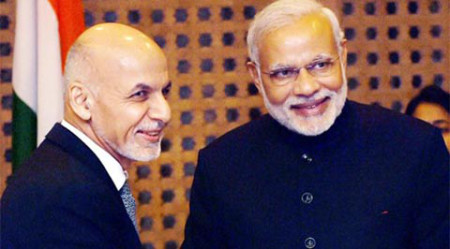 But a wave of bombings in Kabul that Ghani said were plotted in Pakistan, followed by the Taliban encircling major cities including briefly taking over Kunduz in the north, has prompted a scramble to shore up support in the region.

Afghan National Security Adviser Mohammad Hanif Atmar is due in New Delhi this weekend to finalise the transfer of the Russian-made Mi-25 helicopters, the Indian media reported citing the sources in New Delhi and Kabul who are involved in the plans.

Afghan forces badly need air power to reverse gains by the Taliban and in particular helicopter gunships that have range as well as firepower, the officials said.

While the United States has agreed to supply Afghan forces with light McDonnell Douglas MD 530 helicopters, which can be fitted with weapons, many Afghan officers prefer the bigger, sturdier Russian machines. 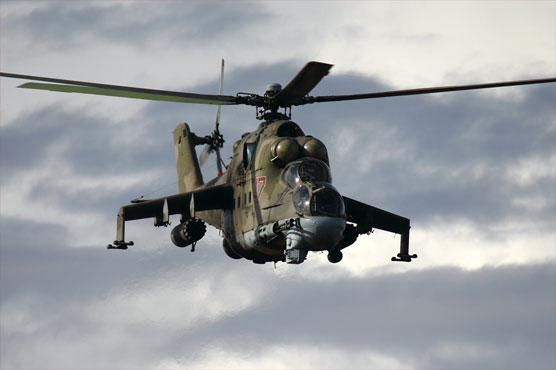 Atmar will be discussing with his Indian hosts the fight against terrorism as well as air force equipment issues, the Afghan National Security Council said in a Twitter post.

"We are going to give them the helicopters, this is a one-off arrangement," said an Indian security official, speaking on condition of anonymity because of the sensitivity of the matter.

The supply of the assault helicopters will be the first offensive weapon to Afghanistan since India signed a strategic partnership agreement with Kabul in 2011. It has donated light helicopters, vehicles and provided military training in the past.

An Afghan source confirmed the plan to induct Mi-25s from India, saying Kabul was looking to regional players to help it fight the Taliban. 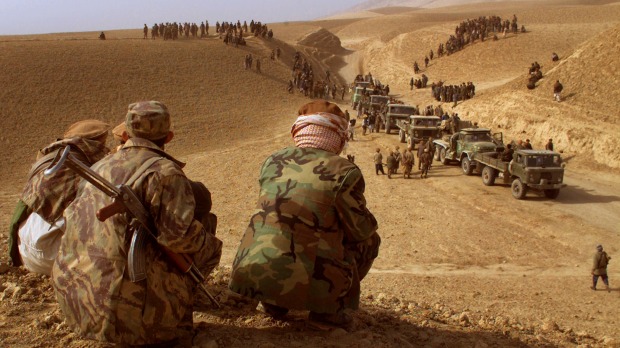 Atmar will also be discussing a proposal to train Afghan Special Forces in counter insurgency schools in India, the Afghan source said, in addition to about 1,000 Afghan army officers who visit India for training each year.

Pakistan, bordered by India to the east and Afghanistan to the west, has in the past frowned on Indian military assistance to Afghanistan, seeing it as part of a plan to undermine its stability from the rear. It has said New Delhi must limit itself to economic assistance.

"This kind of deal will definitely be watched very closely here and people will be concerned about this," said Ejaz Haider, a Lahore-based security analyst.

"Because it will be seen as linking up with the steadily deteriorating relations between Afghanistan and Pakistan."

Afghanistan has sought military hardware not only from India but also Russia directly. Earlier the United States had purchased smaller helicopters from Russia for its air force but that stopped after Moscow's military intervention in Ukraine.

"They (Afghan air force) have been going to many nations - it's not just been to Russia. They've been going to everywhere they can trying to find what they can for that capability," said Brigadier General Christopher Craige, commander of NATO's air force training mission in Afghanistan.

India had discussed ways to ship the Mi-25 helicopters to Afghanistan with the commander of the US forces in Afghanistan, General John Campbell, another Indian source said.

New Delhi can't fly the choppers to Kabul since they would have to go through Pakistan and so they would need to be taken apart and transported by plane. Campbell paid a rare visit to New Delhi in September but no details were released at the time.

New Delhi would also need Moscow to sign off on the transfer since the helicopters were bought from Russia, a Russian diplomat said.