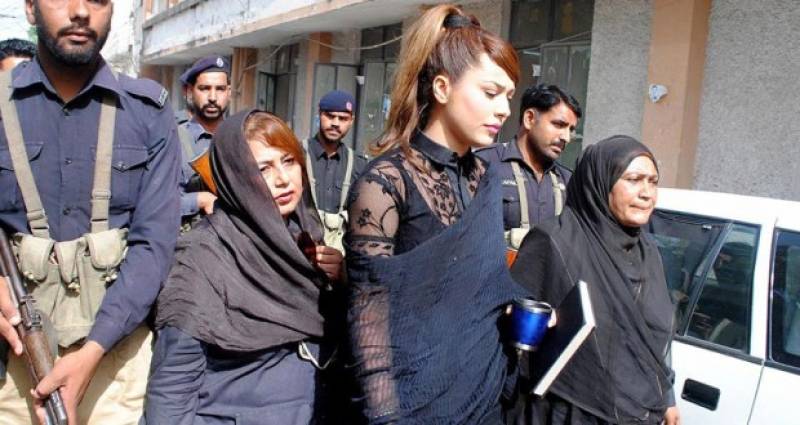 Earlier the fashion model appeared before the court of Rana Aftab Ahmed Khan with her legal counsel Sardar Latif Khosa.

On the occasion Khosa also filed a new plea in the court requesting a forensic test of case challan in the case. He claimed that prosecution had tempered the challan after initial investigation.

The judge allowed Ayyan Ali to leave the court room for Karachi at her request, saying The judge that the accused's presence was not necessary to announced the verdict in the case.

The court had reserved verdict on Ayyan Ali’s acquittal plea on Wednesday, setting November 6 for announcement of the decision.

Giving arguments her legal counsel maintained that his client was innocent.

At which the defence lawyer argued that there had been clear evidences of Ayyan Ali’s involvement in smuggling the currency to Dubai. Customs Department had proofs that she was about to leave country when airport security officials recovered US$500,000 from her bag.

The prosecution prayed to the court that Ayyan Ali must not be acquitted from the charges and that model was arrested just before leaving for Dubai.