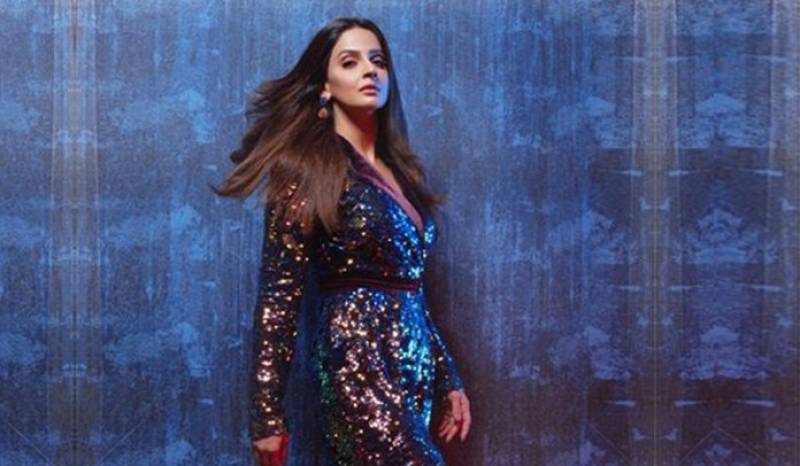 LAHORE - Pakistani gorgeous star Saba Qamar will be performing a leading role in an upcoming feature film, as per the media reports.

According to Hassan Zia—one of the producers of Lollywood’s upcoming feature film which is yet to titled confirmed that Saba Qamar has signed the project and she would play a leading role in it. Kamli—a film directed by Sarmad Khoosat is a project in which the actress is performing nowadays.

JB Films and Mastermind Films made an announcement that they are coming up with a new feature film. In an interview to a local newspaper, Hassan Zia said that Saba Qamar would indeed play the role of the leading lady in their upcoming feature film.

“A few weeks ago, I met Saba Qamar along with my director to give her a presentation on the screenplay and film. Saba agreed to the content,” Hassan Zia was quoted as saying. He said they would start working soon as they were checking the dates.

Thank you @hassanhsy you’ve my heart ❤️ #Repost @hassanhsy with @get_repost ・・・ I have known Saba for many years and have to say that she is one of the most diverse and talented artists we have today. And as a friend to me she has always been loving and respectful. And that's what we should all aim for this new decade, a culture of respect and kindness towards each other. Be inclusive. Be tolerant. Celebrate each other's wins. There is room for us all. #hsy #inclusive #love #respect #superstar #friends #colleagues #2020 #sabaqamar #nohate @sabaqamarzaman @theworldofhsy. Shot at my home in Lahore.

“I and Jamil Baig both are working on this project and it is a matter of great pleasure that he is with us a producer of this upcoming film and is doing work with us on it—such important people must be part of our industry,” he further said. Zia said that they did not fix the date of release as the title of the film was yet to be decided. He stated: “Now we are working on the composition of music for the film and it will be decided in a few days,”.

Mohsin Ali wrote dialogue and screenplay while Saqib Khan would work as director of the film while the leading man would also be decided in a few days. He hinted that the upcoming film would be a “light-hearted film” but ruled out the possibility that it was not quite a “Comedy film”.