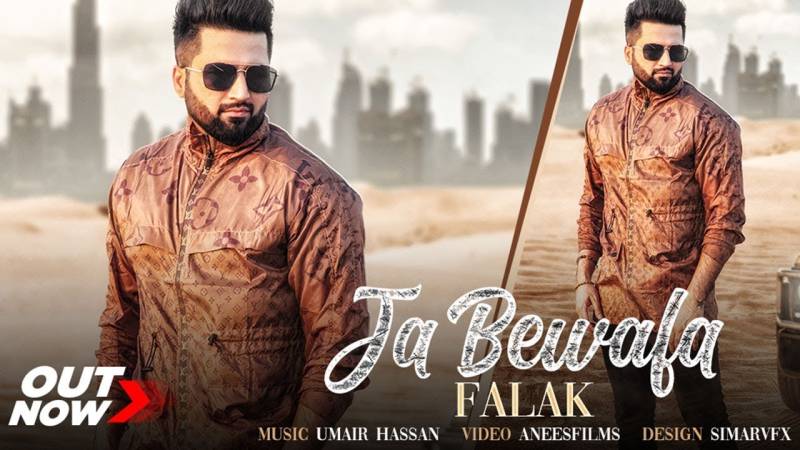 LAHORE - Popular Pakistani singer Falak Shabbir just dropped a heart-wrenching music video about a couples’ ups and downs, just before the winters aka Romantic season about to begin.

The song's video is beautifully captured in a desert and we are in awe with the captivating and aesthetically pleasing shots. The melodious track is based on love and pain after love parts its way.

This is not the first time Falak has released a heartbreak song, earlier in 2013, his song  Saajna became a super hit not only in Pakistan but across the border too and it was being picturized on everyone's favourite Bollywood hunk John Abraham.

Falak 's latest track, which is titled  Ja Bewafa  adds more depth of heartache with the deserted environment, loneliness and calmness being shown in the video.

Ja Bewafa 's music is being directed by Anees, the song narrates the anguish of love, pain, heartbreak and separation.

The song has gained almost 900 k views within a month and it seems like this song will also set out to be another hit for Falak Shabbir .

Other super hit songs by the sensational artist include Main ki Kara, Ik Waar, Intezar, Judah and many more.

Falak , you make us believe in love again and again.

What did you think about the song?