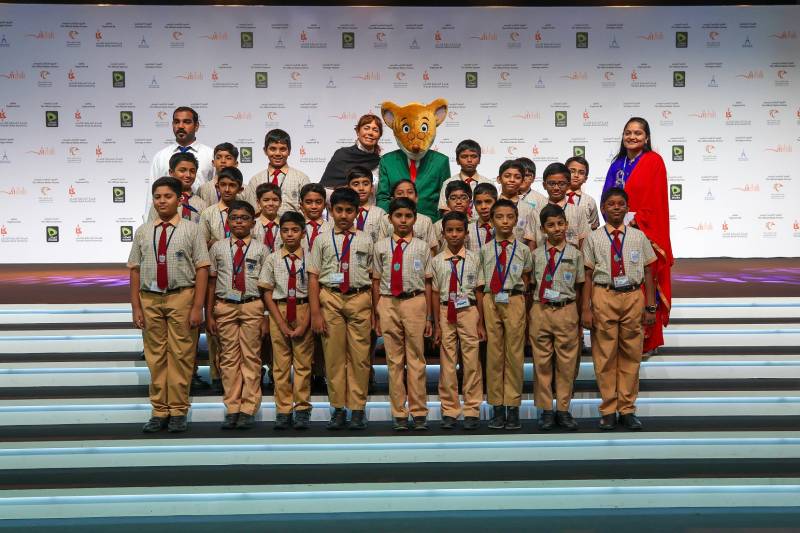 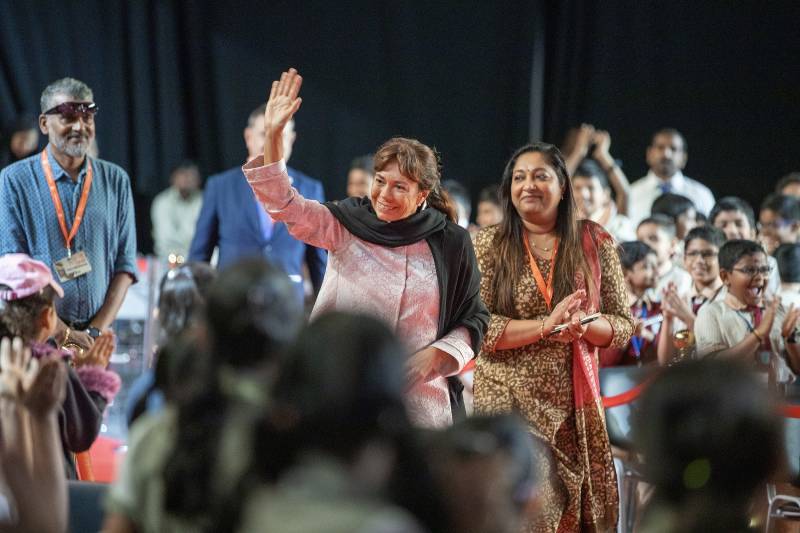 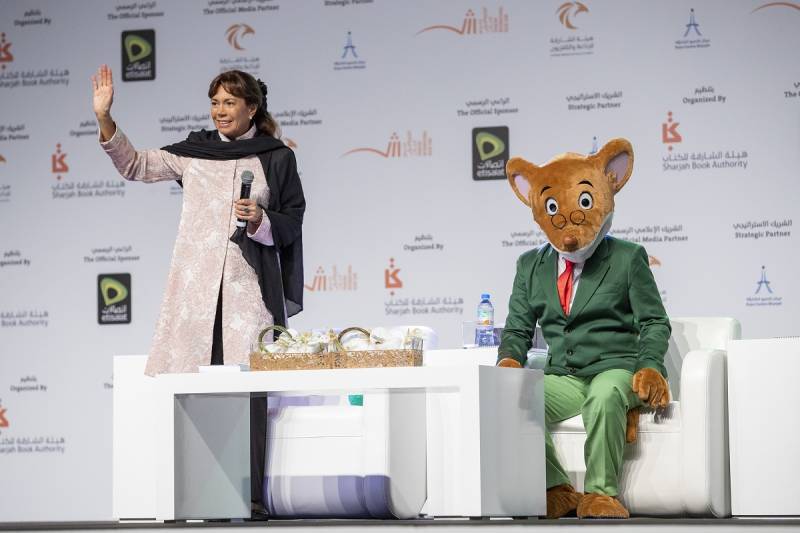 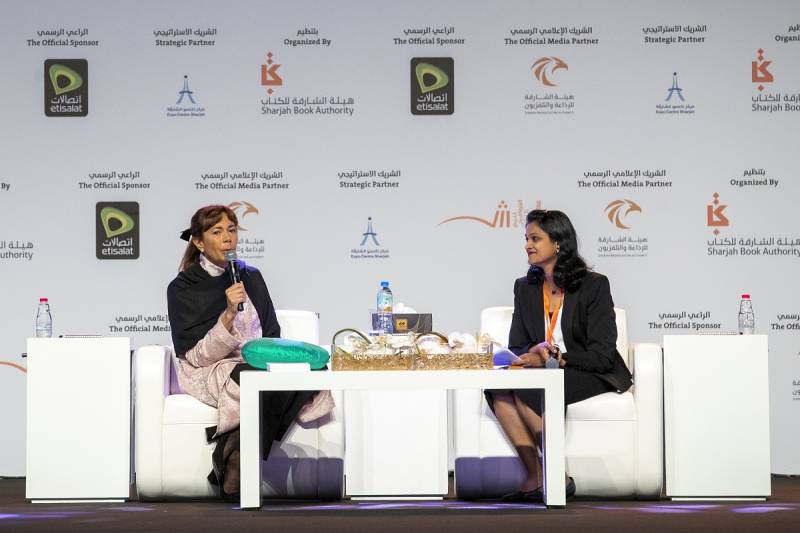 SHARJAH - Globally acclaimed children’s author, Elisabetta Dami, the writer of the hugely popular Geronimo Stilton children’s books, thrilled a hall packed with school kids at the Sharjah International Book Fair 2019 when she told them her next work would see Geronimo, the eponymous mouse from her most successful series, go on a world tour which would feature Sharjah among its destinations.

Elisabetta, who has written an incredible 250 books since she began writing in 2000, told the excited gathering that she loves visiting new places and so does Geronimo, and it was being on safari in Africa, getting so close to elephants and gorillas, that inspired her next book.

“I am writing a book about a tour of the world that Geronimo is going to have with his friends and family because he is curious about the world, just like all mice. He loves other nations, other cultures, other people, and new friends he will meet and is excited to see many, many other places in the world including Sharjah.”

The books have been translated into 49 languages the author said, and she revealed her inspiration for having a mouse as her lead character came from the pet mouse, Benjamin she had as a child. She said, “I love all animals, but in particular I love mice because they are curious, just like children, just like me. It important to be curious about life, this helps you when you are curious about the world when you are studying, it helps you to learn. But also, when I was a child, I had a little mouse, his name was Benjamin. He kept me company when I was studying at home. He used to sit on my arm and was a very sweet mouse. So that is why I chose Gerome, in memory of that mouse.”

Elisabetta has said that her work resonates so well with children because of her central message of love and respect for each other and the planet. Stressing the importance of these values she told the children, “Respect is at the base of all important values so I wish that you all respect each other, your brothers and sisters, and all your family, your teachers, and institutions in your society too, just like I do and Gerome does.”

Elisabetta encouraged her audience to be adventurous and try new things. She herself is a pilot, flying planes and parachuting. “I encourage you all, but especially the girls, to be daring because life is the greatest gift and the greatest adventure of all,” she said.

The excited kids erupted into cheers when Geronimo made an appearance on stage and held Elisabetta’s hand as she told them, “You are all important and I love you and Geronimo loves you too. Always remember you are loved, and you are important.”