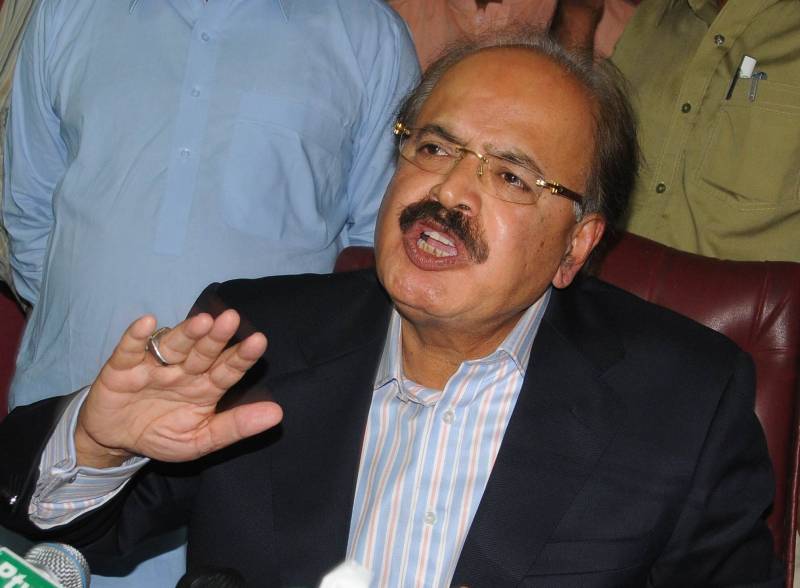 KARACHI - In a bizarre observation, the Sindh Industries and Commerce Minister Manzoor Wassan said on Thursday that some elements after witnessing the success of China-Pakistan Economic Corridor were trying to tarnish the image of Karachi by carrying out knife attacks.

Addressing a ceremony, the minister claimed that the attacker was not a sycophant rather an organised group was behind the burgeoning knife attacks in the metropolis.

He also wondered why women wandering around in Gulistan e Johar were being targeted alone and likened the attack on women with the attack on Karachi's peace.

The lawmaker maintained that the attacks were being carried out to build a perception that Karachi was unsafe city.

Wasan, who occasionally predicts the political situation of Pakistan while citing his dreams also opened up about the current political landscape of the country and made another prophecy that the 'Good days were coming up'.

It bears mentioning that the residents of Pakistan's biggest city have been gripped by a constant fear after an unknown knife-wielding man targeted scores of women in different areas during the last few days.

A manhunt has already been launched to track the suspect, however, currently, the attacker is still on the loose.