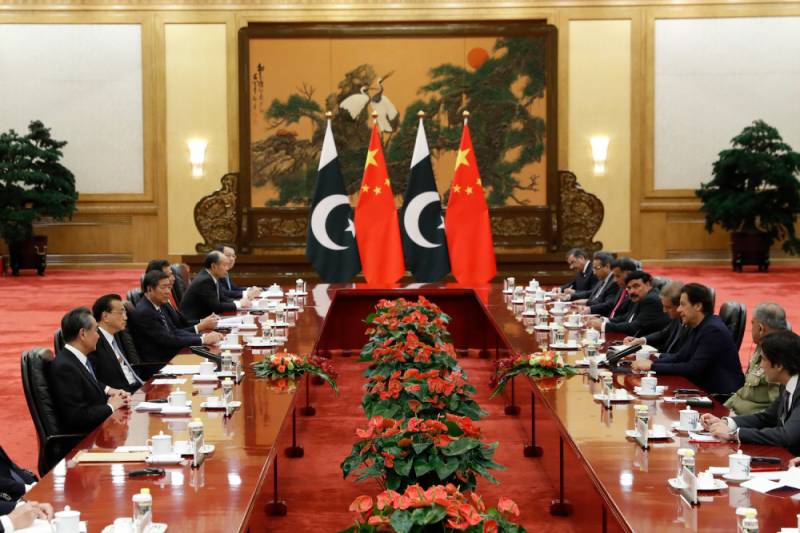 The premier during a high-level meeting stated that the mega infrastructure project will bring economic progress not only to Pakistan but to the entire region.

Chinese Foreign Ministry’s spokesperson Zhao Lijian during a briefing said ‘We have noted the relevant remarks by Prime Minister Imran Khan and we appreciate it.

We appreciate Prime Minister Imran Khan’s remarks on the #BRI. China stands ready to work with #Pakistan to advance the high-quality development of the #CPEC. pic.twitter.com/Q69L8pAXkj

Adding that, the Belt and Road Initiative (BRI) was an open and inclusive international economic cooperation initiative that was dedicated to improving connectivity and achieving common development’.

China is having a discussion with third parties, including Afghanistan on the extension of the key project.

On Monday, PM met China’s Ambassador to Pakistan Nong Rong and reiterated the highest priority accorded by the government to the China Pakistan Economic Corridor (CPEC) and the firm commitment to expeditiously complete its projects.

Honored to call on PM @ImranKhanPTI. China and Pakistan are determined to promote exchanges & cooperation at the key juncture of 70th anniversary of China-Pak relations and 100th anniversary of the founding of the CPC. High-quality development of CPEC is reaffirmed in the meeting pic.twitter.com/LUkZ1Q8rcP

Pakistan-China bilateral relations, including CPEC, the 70th anniversary of the establishment of diplomatic ties, vaccine cooperation, and high-level bilateral exchanges were discussed during the meeting, PM's Office said Monday.