KABUL - China and Pakistan are looking to include Afghanistan in their multi-billion economic corridor, Chinese Foreign Minister Wang Yi said on Tuesday.

The $57 billion project is part of China's ambitious Belt and Road Initiative linking China with Asia, Europe and beyond.

BEIJING - The first of its kind Afghanistan-China-Pakistan trilateral talks at foreign ministers level concluded in ...

He was talking to the media after the first of its kind Afghanistan-China-Pakistan trilateral talks at foreign ministers level concluded in Beijing with a resolve to promote political reconciliation. 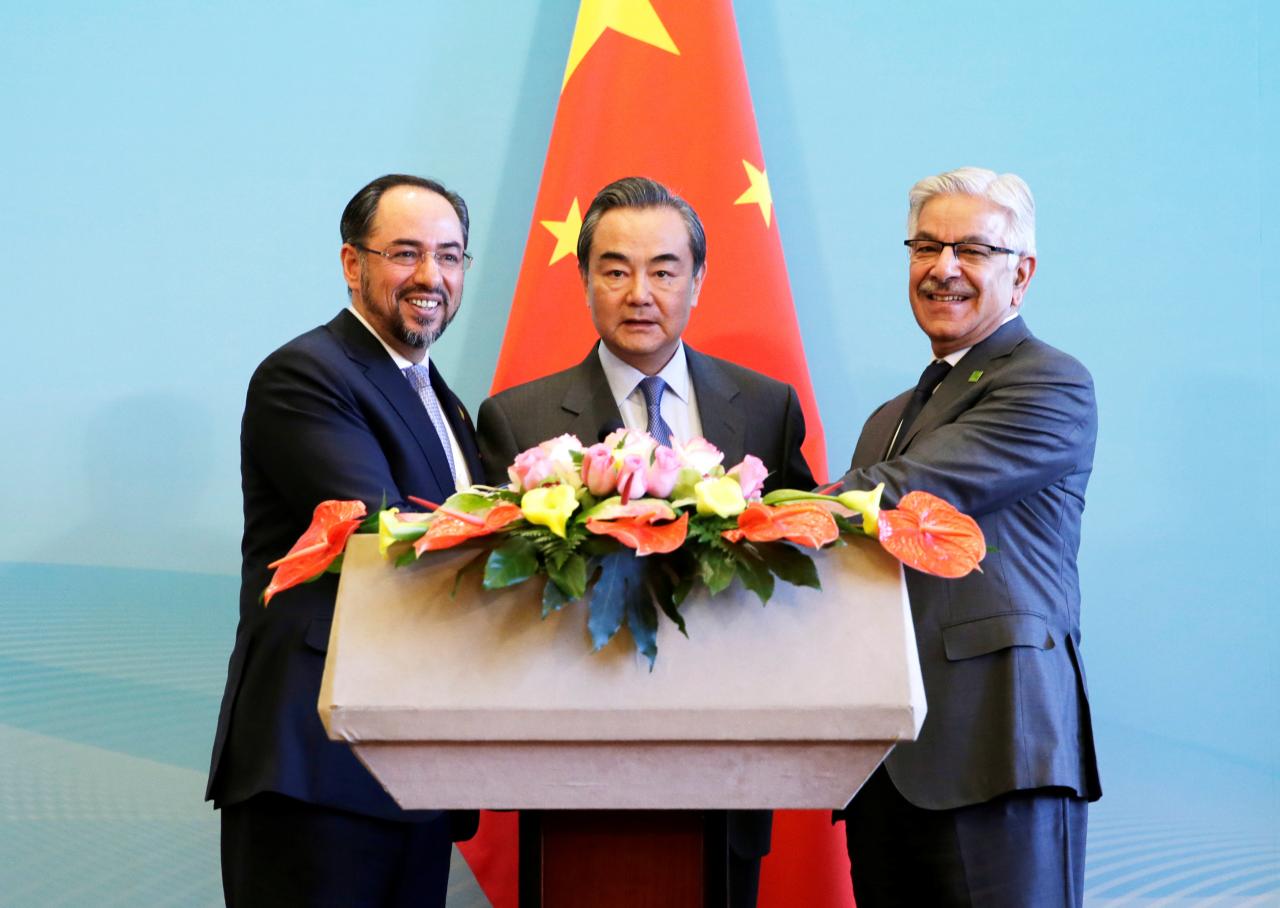 According to a joint press release, “The three foreign ministers agreed to jointly work together on political mutual trust and reconciliation, development cooperation and connectivity, security cooperation and counter-terrorism as three topics of the trilateral cooperation”.

Wang Yi said, under the broader Belt and Road project, Beijing is planning to build a new “Silk Road” connecting China to Southeast and Central Asia by land and the Middle East and Europe by sea.

“So China and Pakistan are willing to look at with Afghanistan, on the basis of win-win, mutually beneficial principles, using an appropriate means to extend the China-Pakistan Economic Corridor to Afghanistan,” he added.

Relations between Afghanistan and Pakistan have been strained since the US invaded the South Asian country with China trying to promote talks between the parties. In recent years, the task has been even more complicated as Afghanistan accused Pakistan of supporting Taliban insurgents fighting the US-backed government in Kabul to restrict India's influence in the country. Pakistan has denied the allegations.

NEW DELHI - President Ashraf Ghani has said that his country will a part of the China-Pakistan Economic Corridor (CPEC) ...

It is important for Afghanistan to join the inter-connectivity initiatives as it is a vital necessity to improve its people’s lives, according to Wang Yi, who said Pakistan and Afghanistan have agreed to mend their uneasy relations.

Pakistan’s Foreign Minister Khawaja Asif said, “The successful implementation of China-Pakistan Economic Corridor (CPEC) projects will serve as a model for enhancing connectivity and cooperation through similar projects with neighboring countries, including Afghanistan, Iran and with Central and West Asia.”

The Indian authorities are reportedly wary of the project due to its long-time row with Pakistan over Kashmir. New Delhi sees Pakistan-administered Kashmir as its own territory. However, the plan (Belt and Road) has nothing to do with territorial disputes, according to Wang.