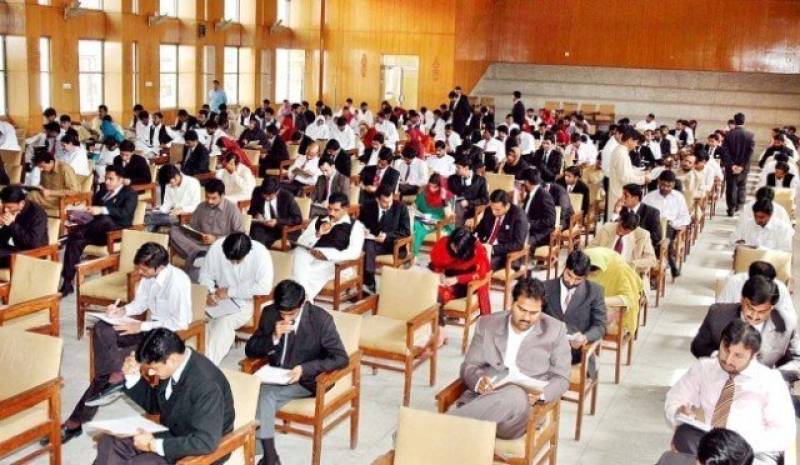 ISLAMABAD -  The Federal Public Service Commission (FPSC) announced the results of Competitive Examination (CSS) 2017 in which 312 candidates managed to pass the written test.

According to the official figures, a total of 23,025 candidates applied for the test, however, 9391 students appeared for the examination but only 312 managed to pass, resulting in a passing percentage of 3.32%, which is a slight improvement as compared to the last year statistics.

As per rules of FPSC, the candidates would now be going through Medical Examination, Psychological Assessment and Viva Voce after which they would be allocated their departments based on the final merit.

It is relevant to mention that the result of last year's crème de la crème exam of Pakistan was the worst ever as only 2.09%  aspirants managed to wade through the written exam.

The FPSC had also formed a committee to look out for the reasons behind the staggering decline in passing percentage which sorted out English as the core reason for the failure of scores of aspirants.

Below is the percentage of candidates who qualified written exam of CSS in subsequent years.