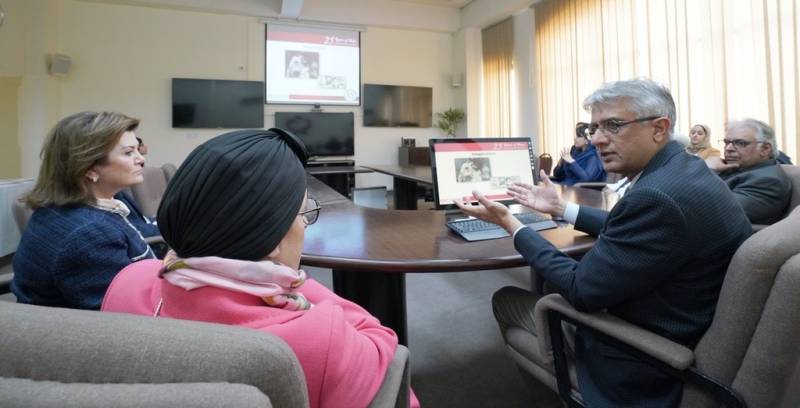 The Ameera Fund grant will benefit an estimated 2,500 patients annually at the Shaukat Khanum Memorial Cancer Hospital and Research Centre.

Two operating rooms in the hospital will be equipped by December.

The Shaukat Khanum Memorial Cancer Hospital, one of the biggest cancer hospital in the South Asian country, was founded in 1994 by Pakistan’s Prime Minister, Imran Khan, and named in honour of his mother, who died from cancer.

The grant follows a visit by Sheikha Jawaher, wife of the Ruler of Sharjah and chairwoman of the Big Heart Foundation, to Pakistan in February where she met humanitarian organisations, including hospital staff.

Maryam al Hammadi, the director of the foundation, explained the importance of co-operation between Sharjah institutions to implement humanitarian development projects.

Dr Faisal Sultan, the hospital's chief executive, said the centre is a “window of hope” to cancer patients in northern Pakistan, especially those with low income.

“We consider every contribution, no matter how big or small, as a step forward to fostering the vision on which the hospital was established, while offering hope to our patients,” he said.

The Ameera Fund was founded by the Sheikha Jawaher to honour the late humanitarian activist, Ameera Binkaram, and to support cancer patients and research within the UAE and overseas.