Trump returns to White House to continue recovery from COVID-19 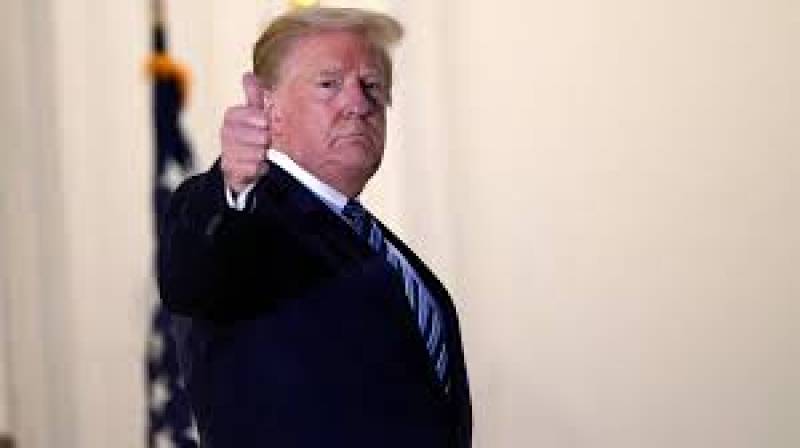 WASHINGTON – United States (US) President Donald Trump has left Walter Reed Medical Center for the White House where he will continue to recover from the novel coronavirus (COVID-19) infection.

According to details, the US President walked out of the hospital Monday afternoon with a face mask on and waved at the media.

In a video message, after being released from the hospital Trump said Americans should not be afraid because the country has world’s best medical equipment and medicines.

He vowed that they were going to beat COVID-19 and added that he feels better than he did 20 years ago.

Earlier on Monday, Trump's medical team told reporters that the president has met all the criteria to be discharged from the hospital.

Trump in a tweet posted about 20 minutes before leaving the hospital said he will be back on the campaign trail "soon."

It is pertinent to be mentioned here that the president is also expected to participate in the next presidential debate scheduled on October 15 in Miami, Florida.