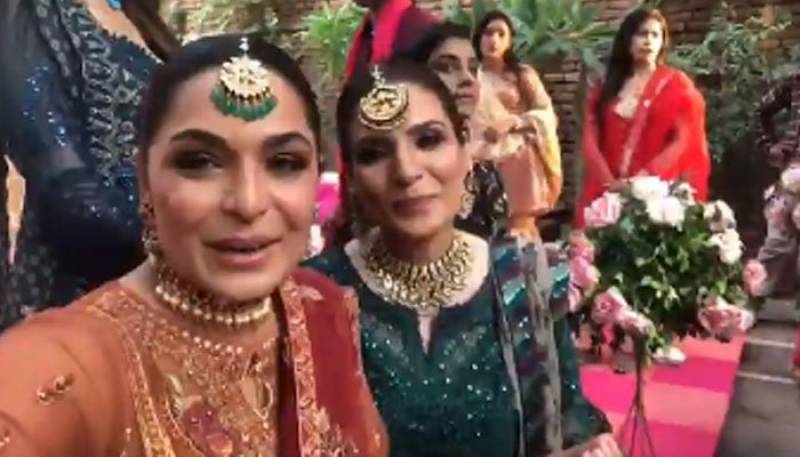 Veteran Lollywood divas Meera and Resham are reminiscing golden days from the past and the recent viral clip is proof of their friendship bond.

Leaving the netizens gushing, the gorgeous ladies were recently spotted together in an adorable interaction despite the prevalent stereotypes that two actresses can never be civil let alone share a friendship bond.

In the aforementioned video, Meera opens up about her love for Resham and she cutely calls her a baby and showers her with love and attention. On the other hand, the Sangam star laughs and giggles while capturing the cute interaction.

Meera and Resham are two iconic superstars of the Pakistani film industry who have undoubtedly ruled the industry.

The versatile divas continue to shatter stereotypes as they remain one of the most sought out stars despite being in the industry for more than two decades.

On the work front, Resham is all set to create magic onscreen as she gears up alongside model-actor Abdullah Ejaz Khan for the upcoming short film Dafaa Hojao Tum.

The leading actress of Lollywood Resham is all set to create magic onscreen as she gears up alongside model Abdullah ...