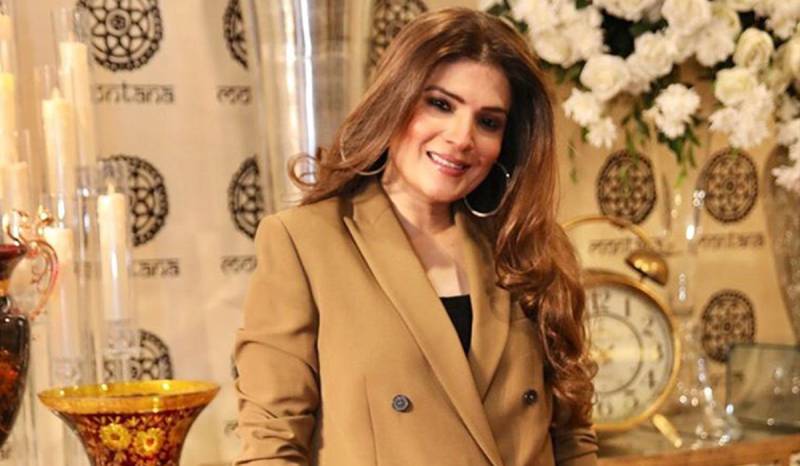 The leading actress of Lollywood Resham is all set to create magic onscreen as she gears up alongside model Abdullah Ejaz Khan for the upcoming short film Dafaa Hojao Tum.

The short film will also mark the debut of Ghisi Piti Mohabbat's writer Faseeh Bari Khan as a director.

The famed writer is undoubtedly a visionary who has an impressive resume of various television dramas and films that tackle bold and gritty topics with dark humour.

Dafa Hojao Tum is a short film that will be premiered on YouTube. The glimpses from the project have been creating a frenzy and needles to say, the film looks super promising.

Termed as a breakup story, the writer turned director delved into details about the project and revealed

"It is a short-length film and Faiza Hasan is working on the project with me for our YouTube channel, When I wrote this short film, I mentioned it to Resham who is a really good friend of mine and she agreed to do it. Then I took Abdullah Ejaz for the project. "

Furthermore, Khan revealed that releasing projects on YouTube allows him to exercise more creative freedom than television does.

"We realised that the kind of content I can't make for television, I can put up on YouTube. I have an upcoming short length film for YouTube, it is called Gulzar and tackles the subject of sexuality. "

"YouTube really helps us fulfil our inner satisfaction in this sense," he emphasised.

On the work front, Faseeh wrote the drama serial Ghisi Piti Mohabbat whose dark humour was highly lauded by the drama buffs.

Pakistani stars HSY and Resham are all set to dazzle the audience as they gear up for a power-packed performance at the ...