US military apologizes after highly offensive leaflet airdropped in Afghanistan 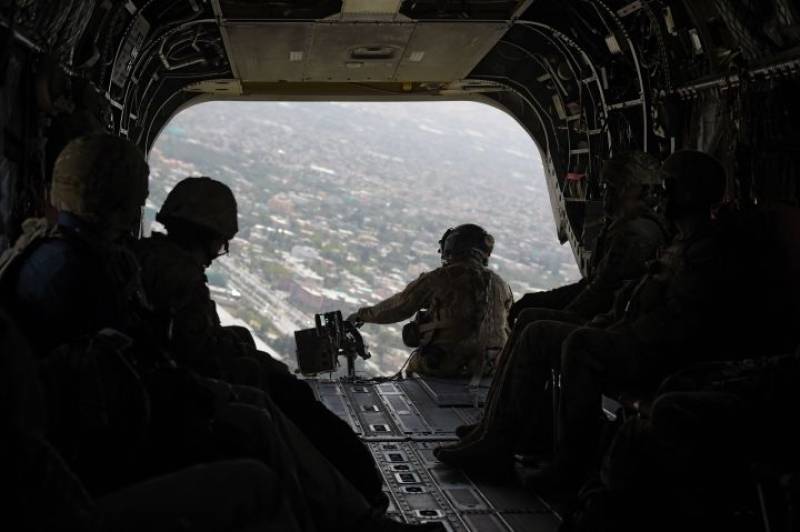 KABUL - A senior U.S. commander in Afghanistan apologized Wednesday for offensive propaganda leaflets that superimposed Quranic passages on the images of a dog.

In a statement early on Wednesday, before the leaflet drop became widely known, the US military said the incident had been a mistake.

The leaflets depict a lion chasing a dog bearing a Quranic passage that appears on banners used by Taliban militants. However, the passage used is also the basic Islamic statement of faith, and associating one of Islam’s most sacred texts with a dog is considered offensive.

“Take back your freedom from the terrorist dogs and cooperate with coalition forces so they can identify and eliminate your enemy," the leaflet read.

“I sincerely apologise. We have the deepest respect for Islam and our Muslim partners worldwide,” said Maj Gen James Linder. “There is no excuse for this mistake. I am reviewing our procedures to determine the cause of this incident and to hold the responsible party accountable. Furthermore, I will make appropriate changes to [ensure] this never happens again.”

The governor of Parwan, Mohammad Asim, condemned the dog image as “unforgivable” but said he and other leaders had tried to mediate.

He said Parwan, home to the former Bagram airfield, has traditionally been overwhelmingly anti-Taliban, but that insulting Islam made people angry.

“The Americans made a big mistake. The youths and the religious scholars are all upset. They were about to react, and we tried to stop them because if they make a protest, the enemy will use it against us,” he said. “The coalition forces don’t know our culture very well, that’s why they made this mistake.”

Ghulam Bahauddin Jilani, the head of the provincial council, said he had met the Americans and received an apology but added:“The people want whoever is responsible arrested and put on trial.”

The leaflet drop is the latest in a series of perceived insults to Afghans by coalition forces during the conflict.

In 2012, American soldiers mistakenly burned a stack of Qur’ans while incinerating a collection of damaged books and texts from the library at Bagram airfield. The burning prompted protests across the country, during which several people were killed.

The same year, a film of US marines urinating on the dead bodies of Taliban fighters prompted an official investigation and criminal charges.

For years, foreign soldiers have entered homes without invitation during searches, unleashed dogs on villagers and searched through women’s quarters, violating deeply held customs in ways that were offensive to Afghans.

Dropping propaganda leaflets is a basic part of military psychology operations, and has been widely used by coalition forces in Afghanistan. In August, unidentified planes dropped leaflets on Ghazni province saluting all Taliban fighters on the occasion of Eid.

In 2009 a box of leaflets dropped from a British Royal Air Force plane landed on and killed a young Afghan girl in Helmand after it failed to open in mid-air.