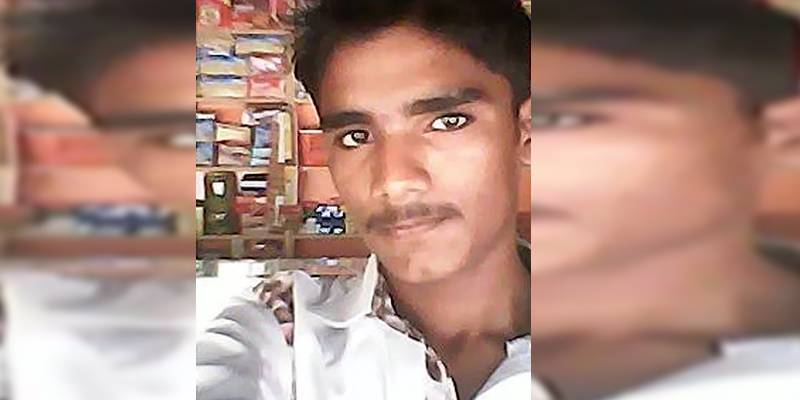 VEHARI - The story of a Christian teenager who was allegedly lynched in Burewala district of Punjab last week is making waves on social media with contradictory claims by the family members and police sources.

The incident relates to the death of Sharoon Masih, 17 who was a student of 9th grade and lost his life in Burewala city of Punjab after a petty skirmish in class.

Initially, it was claimed that Sharoon was lynched to death by his Muslim class fellows as he was attending his class at 'MC Model Boys Government High School Burewala'. This claim went viral on social media and was also picked by many Christian news websites across the world. It was alleged that Sharoon faced discrimination owing to his faith prior to his death.

According to the details available with Daily Pakistan, there are is no clear indication of ethnic or religious animosity behind the death of Sharoon and according to police sources and Sharoon's uncle it was caused due to a trivial class skirmish.

On the other hand, activist Jibran Nasir in a conversation with this media outlet disclosed that the father of Sharoon clearly indicated that his son was discriminated against due to Christian faith and was killed owing to the same reason.

#SharoonMasih killed by class mates on his 3rd day of new school. On 1st day he was called a "Chuhra" by the teacher & kicked out from class

Jibran, who is quite active on Twitter to advocate human rights violations, also said that Elyas disclosed a particular incident that Sharoon faced on his first day of school when his teacher reprimanded him for not wearing uniform and also used derogatory term 'Choora' [a derogatory term for Christians] for him, which might have emboldened his classmates' bigoted attitude.

"Elyas then arranged a uniform for Sharoon," said Jibran while talking to Daily Pakistan. "When he rejoined the class on the third day, a fight broke between students over a cup of water after which few students ganged up on the victim and beat him up which resulted in his death," says Jibran adding that this is exactly the version victim's father narrated to him.

There's another version to the story by Sharoon's uncle Liaquat who maintained that they were unaware whether any religious element led to the killing of Sharoon or was it an ordinary conflict that turned violent.

"Only the teachers and students available at the time can confirm the reason behind the tragedy," said Liaquat and added that he would not tell any lie to muster support as he was accountable before God as well.

He also claimed that the family of Sharoon was living in a town having homes of Muslims and they never faced resistance owing to their belief in past.

When asked whether the police was cooperating in solving the case, Liaquat opined that the law enforcers were fully cooperating.

But on the other hand, Assistant Sub-Inspector Zulfiqar Ali had a different view regarding Sharoon's episode and maintained that there was no religious element involved in his death.

According to the FIR lodged on Aug 30, the day Sharoon passed away, one of the students Ahmed Raza who along with another boy was fighting with Sharoon, kicked him in the belly due to which he fell on the ground.

"The Christian student was then taken to the hospital where the doctors pronounced him dead," said the police officer and added that the accused Ahmedwas sent to judicial remand and would be presented before the area magistrate on Saturday.

When pressed further whether Sharoon was killed for his faith, Zulfiqar replied in the negative and added that not even the parents of the deceased mentioned any such thing in the complaint.

He further added that the police was conducting inquiry into the incident but was waiting for post mortem report which would further clear the air.

"A sizeable majority of Christians reside in the area and neither the plaintiff nor the local community complained about any discrimination," noted Zulfiqar Ali who signed the FIR of Sharoon's death.

Zulfiqar also maintained that the elected representatives of Christian community including the local counselor did not file complaints regarding the lynching, as 'misquoted' on social media.

Daily Pakistan made repeated attempts to contact Sharoon's father but as per his family sources, he was suffering from high blood pressure and was not able to communicate.

Nonetheless, it is visibly evident that Sharoon did lose his life after a fight with his Muslim friends, even then it was premature to point religious element as factor for his death.

Correction: A previous version of this article mistakenly attributed Sharoon's uncle's statement to his father. The mistake has been corrected.