DAMASCUS (Web Desk) - ISIS militants have executed 19 women for refusing to have sex with its fighters, a Kurdish official has said.

As reported in Mail Online, the official claimed the women were being held hostage in Islamic State's stronghold of Mosul, Iraq, which the terror group seized in June last year. It is not known whether the 19 women executed were Yazidis or not.

The official also claimed issues around money and the distribution of women have caused a rift within ISIS's ranks.

In October 2014, the terror group released a pamphlet which showed how much it charged for the purchase of its female captives. 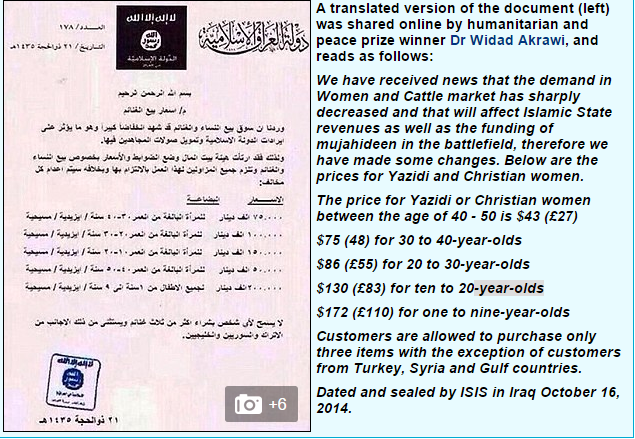 A UN envoy verified a document that suggested the extremists sell the Yazidi and Christian women and children they have abducted, with girls aged just one to nine-years-old fetching the most money.