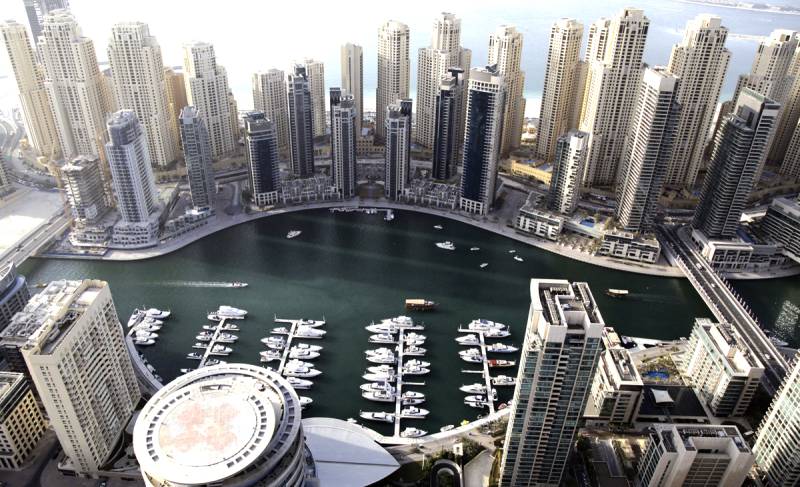 ISLAMABAD (APP) - Pakistani and Indian expats make up more than a third (37 per cent) of the population of three emirates Dubai, Sharjah, and Ajman according to the latest 2014 statistics provided by Euromonitor International, a market intelligence company.

The five most populous nationalities in the three emirates, in the same order, are Indian (25 per cent), Pakistani (12 per cent), Emirati (9 per cent), Bangladeshi (7 per cent), and Filipino (5 per cent), the Gulf News reported.

Nikola Kosutic, a research manager at Euromonitor International, attributes the high number of Indian and Pakistani expatriates to deep political, cultural, and economic ties between the UAE and both India and Pakistan, apart from other economic factors.

"Ease of trade and job opportunities especially for low-paid jobs, has been a major factor facilitating movement of people from India and Pakistan to the UAE.

"This is coupled with [geographical] proximity and the fact that many Pakistanis and Indians have someone living in the UAE who can help them with the transition," explained Kosutic.

He pointed out that the percentage of English-speaking people in both India and Pakistan is high, and the fact of English being the "`de facto' official language in UAE," only eases the transition. Another contributing factor is the ease of sending money back home to their families, which is "cheap and convenient," he said.

With Dubai's fast-growing economy and attractive job opportunities, the number of expats is only estimated to grow.

Statistics from Euromonitor show the total population of the three emirates was 5.2 million in 2014 and is expected to grow by 2.2 per cent to 5.3 million in 2015.

Preliminary data provided by the Dubai Statistics Centre (DSC) also estimates Dubai's population to grow by 5 per cent from 2.3 in 2014 to 2.4 million in 2015.

Despite the slight rise in cost of living in the UAE, the number of expats coming into the country is not expected to decline due to several social and economic factors, according to experts.

Kosutic explained that while the highest proportion of a person's income goes to rent payments, rent prices in the first quarter of 2015 have been steady and are expected to remain the same or slightly decline over the next year.

While Dubai remains the UAE's business and tourist hub, many "metropolitan residents" continue to work in Dubai, but reside in Sharjah and Ajman, resulting in the three emirates being home to 60 per cent of the UAE's population, said Kosutic.