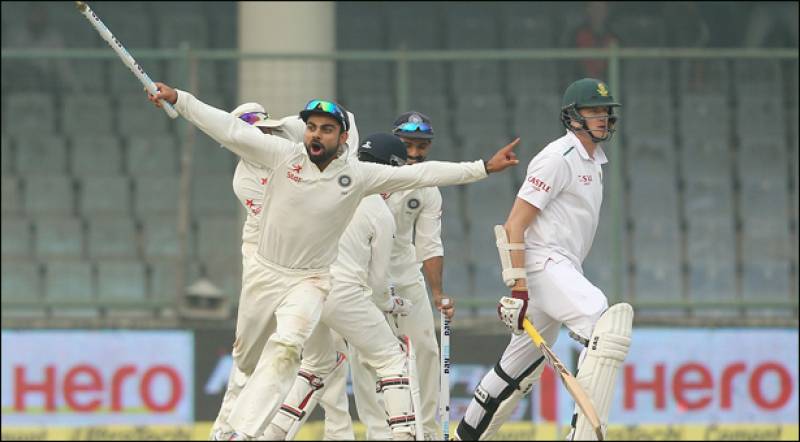 The Indians bowled out the top-ranked tourists for 143 shortly into the final session after setting them a massive target of 481.

Ravichandran Ashwin was the most successful bowler with 5-61 while AB de Villiers top-scored for the visitors with 43.

India won the first and third Tests, while rain washed out the second.