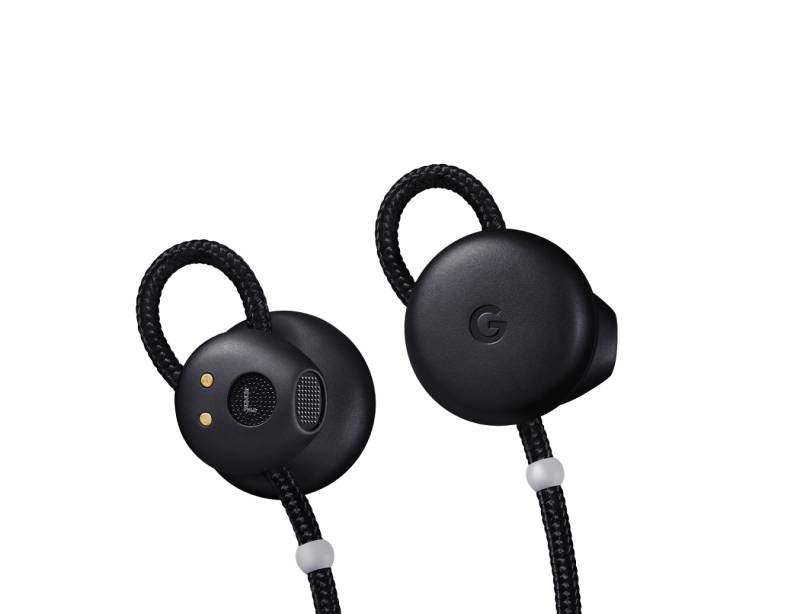 Google released their first ever Bluetooth earphones and are calling them the Pixel Buds. The earbuds have good sound, a funky yet smart design and have also added some special Google Assistant quarks.

Design: The Google buds remind us of the typical design scheme of the Pixel line-up, which Google substituted for the Nexus line-up. The case for the Buds is covered in a grey fabric, with the Google logo in the middle. There is a USB-C charging port on the case to charge the buds. Opening the clam-shell design reveals the Pixel Buds. The buds themselves have a unique design, quite different from the norm. The connecting wire that goes into the buds feels very nice and is fabric coated to ensure durability. The earpiece itself has a minimal design, with nothing but the Google Logo engraved on the plastic body. Instead of having detachable hooks like other headphones, the Buds use the same fabric coated wire to adjust accordingly, so it is easy to fit into any sort of ear. Putting the earbuds into the case is slightly difficult, requiring a certain technique to fit them in.

Usage: Google has made it easy to pair the Buds with Pixel devices, much like how Apple has made the Air Pods to easily connect with iPhones. Unlike the Air Pods, the Pixel Buds can connect to other phones, but the process is slightly cumbersome, though it’s only a one-time process and the buds will connect instantly when taken out of the case. 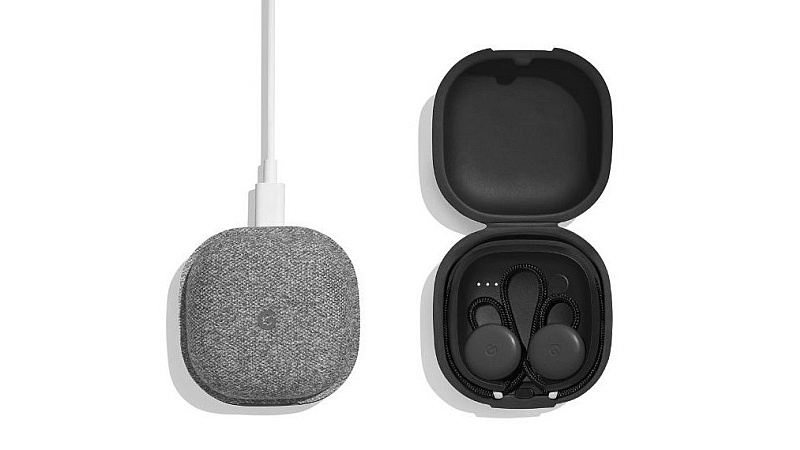 Interacting with the buds is straightforward, but it provides access to a powerful set of features. Tapping the right will play and pause any playing audio or respond to a Google Assistant prompt. Swiping forward and backward will increase and decrease the volume respectively. There is no gesture to change tracks, instead, asking Google Assistant is easier.

Due to the design of the buds, it loses quite a lot of bass, but it gets quite loud to compensate for it. Because the design isn’t closed, the outside noise isn’t blocked out, and it also means that sound coming from the Buds also bleeds out, meaning that others know what you’re listening to.

The Special Feature: The Pixel Buds come with the amazing feature of translating any language instantly. Holding on the right earbud and asking Google Assistant to translate launches the app on the phone. You will not be able to hear the foreign language or your own language into your ear, but it will be displayed on the screen for you and the other person to read. This feature is pretty much like Google Translate but is quite seamless, what this means is that the translations will be quite casual. Currently, the Pixel Buds can only translate a few languages including French, Japanese, Korean, Spanish, Thai and Vietnamese. Google has not said anything about adding more languages, but we can expect Google to add more languages regardless. To be very clear, if you have Google Translate, this feature becomes redundant, for it only is slightly convenient.

Google Assistant: Google has worked very hard to implement Google Assistant into the earbuds, but honestly, it will take quite some time to get used to talking to an AI (artificial intelligence) assistant. Regardless, double tap the right earbud and Google Assistant will launch, first telling you the time and any calendar events, then, it begins reading any notifications on the notification tray on your phone. If you have received a message, you will be able to reply by holding the right earbud. The Assistant will repeat your message and then you have the choice to either tap the Buds in order to send or tap and hold it to repeat the message.

These earbuds will cater to a small audience, as they are not the best sounding, nor are they the best looking or the most comfortable, but they are priced expensively as well. It depends on whether you would find the functions to be worth it or not. Personally, I would buy something that sounds better and at a lower price, as the features are quite redundant for me in the first place.