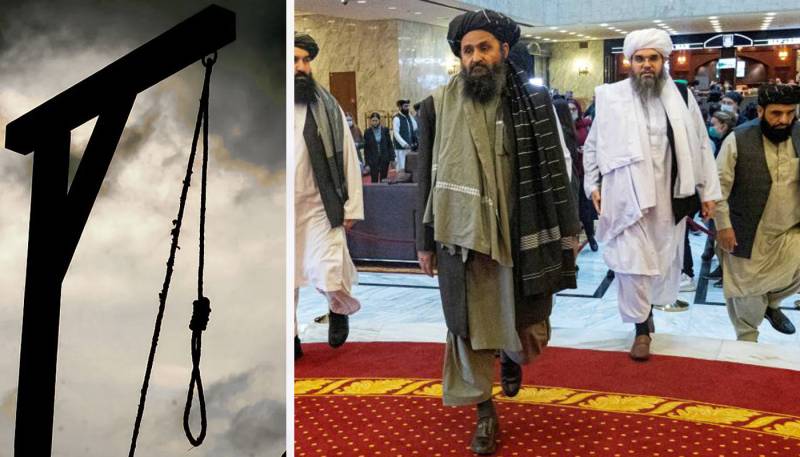 KABUL – Taliban-led Afghan government has carried out public execution of a man convicted of murder in the first action since retaking power in Kabul, the spokesperson confirmed on Wednesday.

The public execution garnered global attention as activists condemned the move which signals a return to the hard-line practices in war-torn nation.

Taliban spokesperson Zabihullah Mujahid said the man executed was identified as Tajmir, who was convicted of murder in 2017. He further revealed that senior Afghan officials including acting Interior Minister Sirajuddin Haqqani and acting Deputy Prime Minister Abdul Ghani Baradar, the chief justice, and other members attended the execution.

Zabihullah mentioned that the father of the victim executed the man himself, saying top Taliban leader, Mullah Haibatullah Akhundzada approved it. The decision was made 'very carefully,' he said, adding that top courts also approved the punishment.

Word witnessed the first public execution under the new Taliban government as the country's supreme court approved lashings of people accused of serious offenses including adultery.

The stern punishment also raised eyebrows as the Taliban assured not to follow the hardline rule.

The death penalty was widely practiced by the Taliban in the previous regime when such punishments were conducted amid masses.