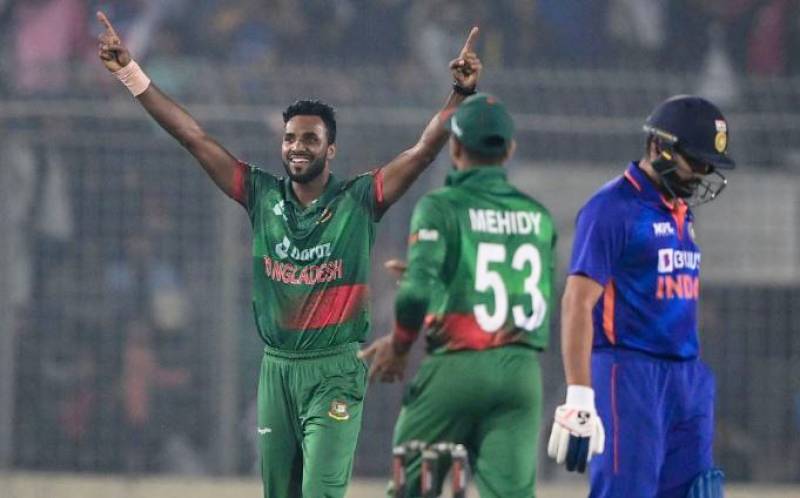 DHAKA – Bangladesh stunned India by five runs in the second one-day international (ODI) of the series at the Sher-e-Bangla National Cricket Stadium in Dhaka.

The hosts opted to bat first with the brightest young star Mehidy Hasan Miraz registering his first ODI century and stitching a 148-run stand, with Mahmudullah Riyadh to lift his side to a challenging total of 271.

On the other side, Indian flamboyant hitters Axar Patel, Shreyas Iyer, and an injured skipper Rohit Sharma slammed half-tons, but efforts by Men in Blue went in vain as they lost the second game of three-match series.

Bangladesh won by 5 runs and secured the series by 2-0.

In-form Shreyas Iyer registered 82 whereas Patel scored 56 but the Asian cricket giant fell short as they were restricted to 266 for nine in 50 overs. The duo first seemed to have taken the match from Bangladesh however Miraz struck to break the partnership.

Skipper Rohit Sharma injured his hand and returned to the pavilion, he was later spotted with a bandaged thumb.

Two scalps hampered India’s pursuit as they slipped to 207/7 in the 43rd over.

With the second triumph, Bangladesh took an unassailable 2-0 lead.