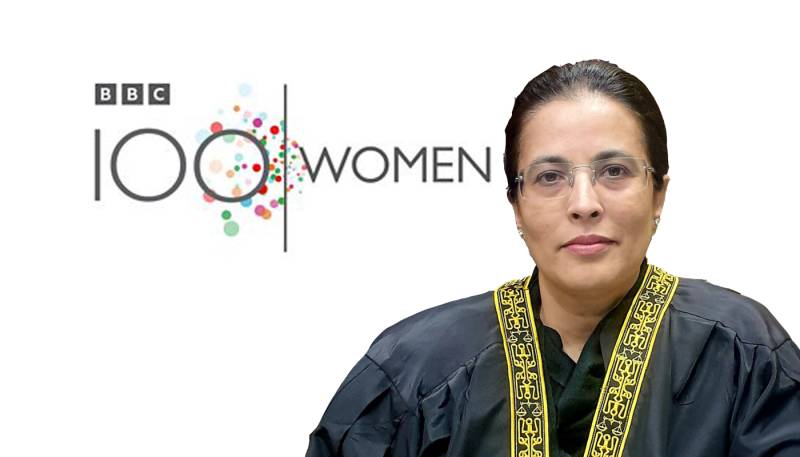 ISLAMABAD – In another proud moment for Pakistan, the country’s first female Supreme Court judge Justice Ayesha Malik has been named in the BBC’s list of 100 inspiring and influential women from around the world for 2022.

Justice Ayesha Malik, who etched her name in history books after becoming the first woman judge of the top court in a male-dominated society, was the only Pakistani woman in the 10th season of British Broadcasting Cooperation’s 100 inspiring women list.

On its portal, BBC acknowledged Malik’s judgments protecting the rights of women, especially her landmark judgment against two-finger virginity tests.

It further mentioned that Justice Ayesha conducts training for judges around the world and has inaugurated conferences for women judges in South Asian nation, encouraging the debate around including the gender perspective in the justice system.

“Women must build a new narrative — one that includes their perspective, shares their experience, and includes their stories,” the top court judge was quoted as saying.

Britain's national broadcaster announced its 2022 list of the 100 most inspiring and influential women, with women demanding change in Iran and the female face of resistance in Ukraine and Russia dominating in this year’s list.