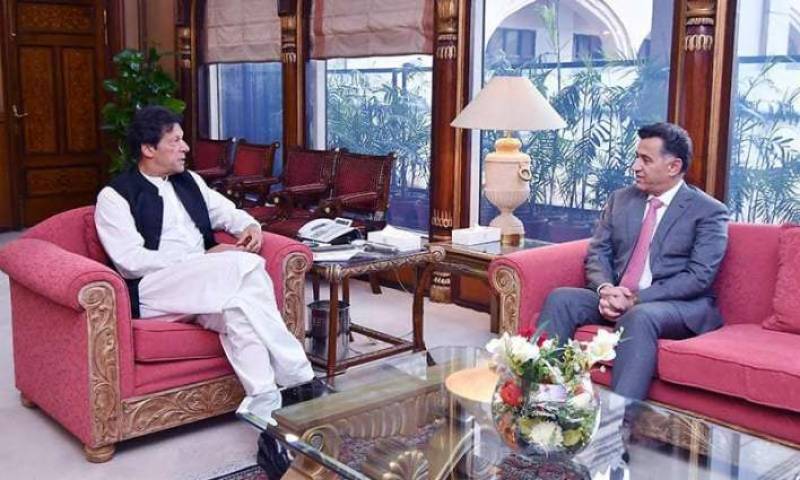 ISLAMABAD – Inter-Services-Intelligence (ISI) Director General Lieutenant General Faiz Hameed on Friday called on Prime Minister Imran Khan to brief him about the law and order situation in the country.

According to the details, the premier and the country's top spymaster met at Prime Minister Office and discussed security issues, especially about the national security.

During the meeting, the CPEC Authority chairman briefed the prime minister about the progress on various ongoing projects under CPEC, a PM Office press release said.