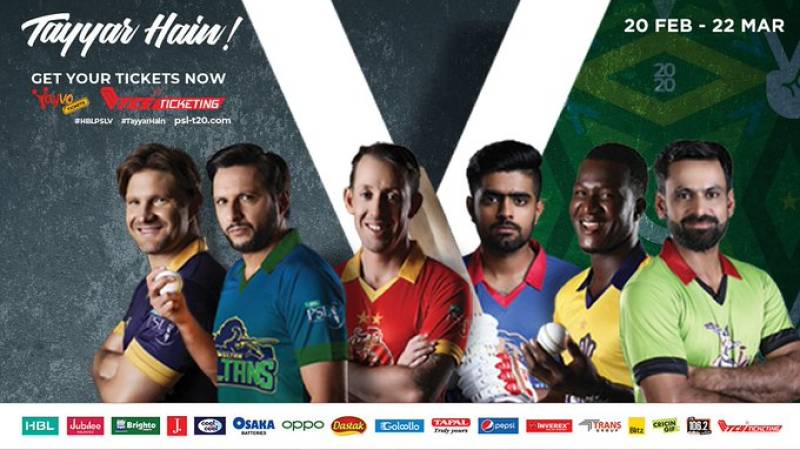 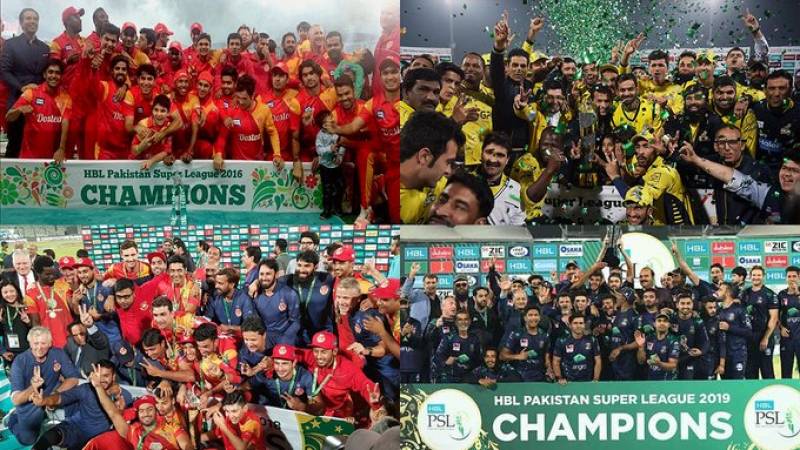 Since the advent of the league in 2016, the tournament has gradually moved to Pakistan with this year’s edition nothing less than leapfrog for the coveted league.

The first edition that included five teams was played entirely in the UAE; the second edition saw the first step towards its homecoming with the final between Peshawar Zalmi and Quetta Gladiators here at the Gaddafi Stadium.

The 2018 edition was the first instance that two Pakistani cities hosted the HBL PSL matches. Lahore was host to two play-offs while Karachi staged the final in which Islamabad United prevailed against defending champions Peshawar Zalmi. It was also in this very season that Multan Sultans was added as the sixth franchise.

The 2019 season had an unprecedented eight games in Pakistan. Karachi’s National Stadium was the host to all matches, including the three play-offs and the final between Quetta Gladiators and Peshawar Zalmi which Quetta won convincingly to lift the prestigious HBL PSL trophy for the first time.

Islamabad United made history when they beat Quetta Gladiators in the final of the inaugural edition of the HBL PSL to become the first-ever side to lift the prestigious PSL silverware. Islamabad cruised past the 175-run target for the loss of four wickets with eight balls spare in the final staged at Dubai International Cricket Stadium.

The tournament was played on a double-league. Peshawar Zalmi topped the standings at the end of the round-robin stage but lost out on a place in the final after losing both their play-offs to Quetta and Islamabad, respectively.

The Zalmi-Gladiators first play-off was settled on the last-ball in front of a packed to capacity and heaving Dubai International Cricket Stadium. Quetta prevailed by one-run to clinch a spot in the final.

United’s opener Sharjeel Khan scored the first-ever century in the HBL PSL history. The left-hander’s 117 helped Islamabad to a comprehensive victory over Zalmi on their way to the title.

Qalandars’ who finished fifth and final in the standings, had something to cheer about as Umar Akmal topped the batting charts finishing with 335 runs in seven innings at an average of 83.75 and a staggering 157.27 strike-rate. The right-hander hit four fifties in the tournament.

Zalmi outclassed Gladiators in one-sided final played at the Gaddafi Stadium to lift the glittering HBL PSL 2017 trophy. Zalmi maintained their consistent run and topped the table at the end of the round-robin stage for the second successive time.

They, however, had to endure heartbreak for the second successive time when they lost another epic play-off against the Gladiators at the Sharjah Cricket Stadium, once again by a solitary run. Chasing a monumental 201 runs to win, Zalmi finished at 199 for nine.

The Daren Sammy-led side made a great recovery and unlike the first season, won their second play-off to advance to the final.

Batting first in the final, Zalmi posted 148 for six in their 20 overs. Gladiators were dismissed for 90 runs in reply to lose their second consecutive final.

Sammy was named the player-of-the-match for his match turning unbeaten 28 off 11 balls (three sixes, one four) and astute leadership.

Kamran Akmal with 353 runs in 11 games including a century in the play-off against Kings and 12 dismissals behind the stumps was declared the player-of-the-tournament. He also bagged best batsman and best wicketkeeper of the tournament awards.

The HBL PSL came to Karachi’s iconic National Stadium for the first time when metropolitan city hosted the final – of what was a glittering season – between the defending champions Zalmi and United.

United won their second title by overcoming Zalmi by three wickets in an exciting final match. Batting first, Zalmi posted 148 for nine, the 148-run final tally was the same as the 2017 final.

United, however, chased down the target with 19 balls spare. Luke Ronchi capped off his player-of-the-tournament performances with a brilliant 52 off 26 balls (four fours, five sixes).

He added 96 runs for the opening wicket with Sahibzada Farhan (44), a middle-order collapse brought Zalmi back in the hunt before a six-ball unbeaten 26 by Asif Ali including three consecutive sixes of Hasan Ali sealed Zalmi’s fate.

Ronchi scored 435 runs in 11 games at an astonishing strike-rate of 182; he averaged 43.50 to earn the most coveted player award in the tournament. Kamran occupied the second spot with 425 runs in 13 games which also included a century against Qalandars in Sharjah.

Faheem Ashraf doubled United’s joy with a bowler-of-the-tournament performance (18 wickets in 12 matches). Wahab made it a hat-trick of occupying the second spot on the bowlers chart with 18 wickets in 13 games at 19.11.

It was a case of third time lucky for the Gladiators as they finally made their third appearance in the HBL PSL final count by overcoming Zalmi by eight wickets in the 17 March final played at the National Stadium. The low scoring final was won by Gladiators with a degree of comfort after Zalmi failed to post a sizeable total in the HBLPSL final for the third time.

Ahmed Shehzad and Rilee Rossouw saw off the chase with an unbroken 73-run third-wicket partnership to give Gladiators a much awaited HBL PSL title. Ahmed scored 58 off 51 balls while Rossouw made 39 off 32 balls.

Gladiators’ Australian import Shane Watson dazzled with the bat with a 430-run tally in 12 innings at 43.00 and a strike-rate of 143.81. He hit four half-centuries to top the batting charts topping.

Kamran was once again the mainstay for Zalmi producing 357 runs in 13 innings with the help of three half-centuries. United’s Cameron Delport stood third with 355 runs in 12 innings.

Hasan Ali had a magnificent season for Zalmi; the right-arm-pacer took 25 wickets in 13 games. Faheem took 21 in 12 games for the United while Wahab was once again among the top three, finishing the tournament with a 17 wicket tally in 13 matches.

The HBL PSL five begins in Karachi on 20 February with a dazzling opening ceremony set to keep going the tradition of spellbinding opening ceremonies of the first four seasons. Defending champions Gladiators will lockhorns with United in the opening clash just like the two did in the first-ever HBL PSL match back in 2016.

A galaxy of world class T20 stars will converge in Pakistan for the fifth edition which is set to grip the entire country in cricket fever for an entire month.

It promises to be another enthralling season, which should make for some memorable cricket.