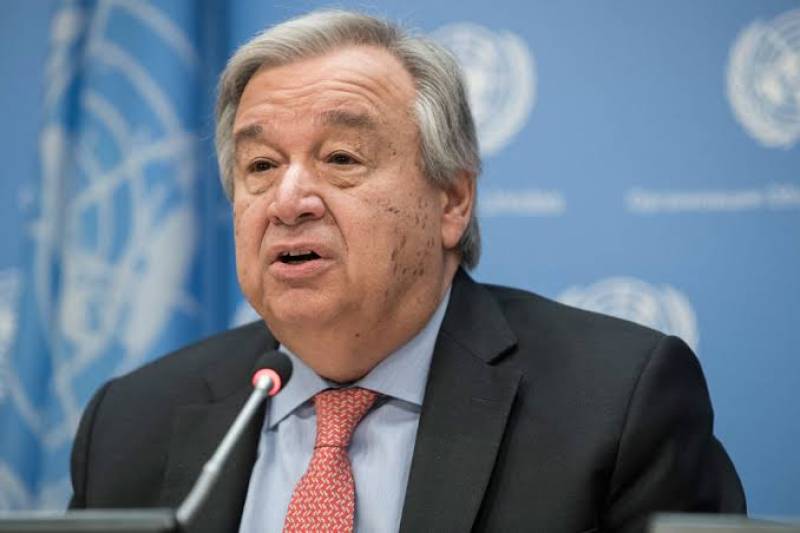 NEW YORK - United Nations Secretary-General, Antonio Guterres has expressed his deep concern over the deteriorating situation of the Middle East and called on parties concerned to exercise maximum restraint to avoid escalation of global tensions.

While talking to reporters at the UN headquarters in New York, describing the catastrophic results of wars, the UN chief said that it is our common duty to avoid wars as war brings terrible human sufferings and ordinary people pay the highest price in wars.

Meanwhile, in a telephonic conversation, US Secretary of State Mike Pompeo discussed the situation of the Middle East and Venezuela with the UN Secretary-General.