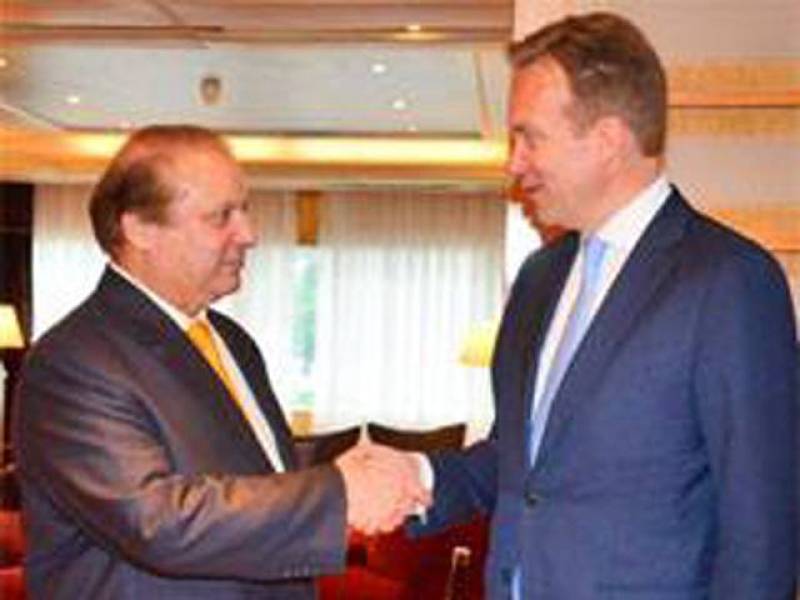 He was talking to Foreign Minister of Norway Borge Brende in Oslo.

The Prime Minister said his country wants to continue cooperation with Norway in various fields.

He said that Pakistan attached great importance to its relations with Norway as the two countries extend support to each other at various international fora.

The Norwegian Foreign Minister lauded Prime Minister's commitment to education and said there were about 35,000 Pakistanis living in Norway contributing towards prosperity of the country.

On this occasion, the Prime Minister extended condolences on the death of Norwegian Ambassador Leif H. Larsen killed in tragic helicopter crash in Naltar.

The Prime Minister also attended a reception hosted by the Norwegian Foreign Minister in the honour of visiting heads of delegations.