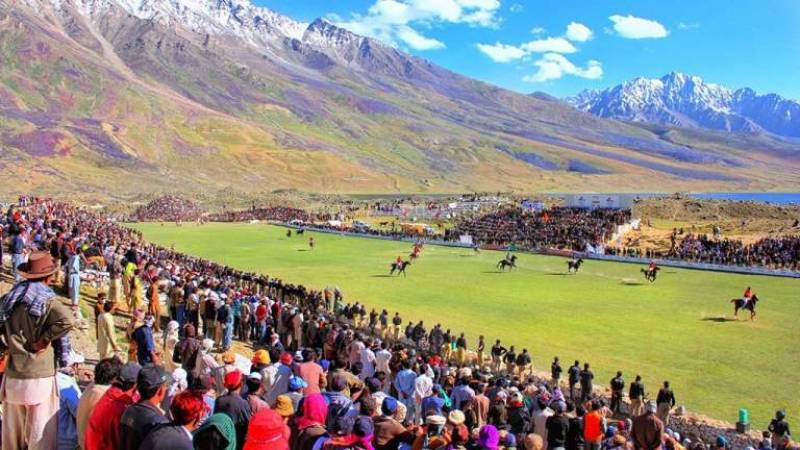 Holding such a big polo festival in Shandoor Valley is a breakthrough reflecting that peace has been restored in the country, the IG-FC said while speaking on the occasion. Arranging polo festival was a difficult task but the security forces and district administrations have made it possible, he added.

Pakistanis have tremendous skills which will be utilized for prosperity and development of the country, he further said while lauding the efforts of Tourism Department Khyber Pakhtunkhwa, Gilgit Baltistan and district administrations of Chitral for arranging recreational activities in the festival.

Different colourful programmes including paragliding, food stalls and traditional dances have also been arranged in the festival.

More than 20,000 tourists have arrived in the area on the first days of the festival to enjoy the traditional polo tournament, according to Radio Pakistan .

Meanwhile, Ghizar defeated Laspur by 7-8 goals in a polo match on the opening day of the festival.

#Shandur Polo Festival begins today;Shandur is situated at an altitude of 12,500 feet (38000 meters) above sea level is famous for having the highest polo ground of the world https://t.co/vpbmeUKOA4#ShandurFestival#PakistanTourism#BeutifulPakistan pic.twitter.com/zmUMO46KWu

Khyber Pakhtunkhwa Chief Minister Mahmood Khan, who was chief guest on the occasion, said the present government is committed to encourage sports and other healthy activities in the province.

He said billions of rupees have been allocated for this purpose.

Chief Minister expressed satisfaction over the arrangements made by district administration Chitral and Tourism Department Khyber Pakhtunkhwa to facilitate tourists in Shandoor.

Chitral attracts thousands of domestic and international tourists annually, especially during the Shandur and Kalash festivals. This year, the number of foreign and domestic tourists is expected to be more than the previous years. 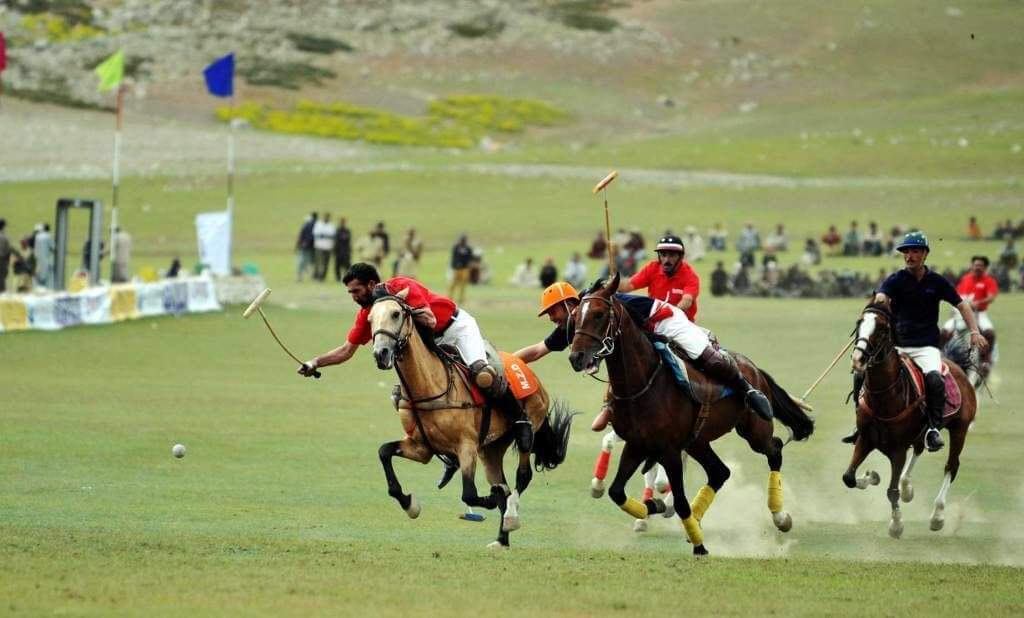 Shandur polo ground is located at Shandur Pass at the height of 3,700 meters (12,149 feet) from the sea level between Chitral District and Ghizer District in northern Pakistan . It is often called the ‘Roof of the World’. The top is flat, a plateau and can be crossed between late April and early November.

Shandur invites visitors to experience a traditional polo tournament which since 1936 has been held annually in the first week of July between the local teams of Gilgit and Chitral .

Polo , the Game of Kings and the ruler of all amusements, are generally played in the northern regions of Pakistan for hundreds of years.

Free-styled mountain polo is arguably polo in its purest form. This version of the game played at Shandur-Top has attained legendary status and is of great interest to international and domestic adventure tourists alike.

Get on-board and witness the greatest polo match in the world at the Shandur Polo Festival happening from July 4 till July 7.#PIA #ShandurFestival pic.twitter.com/jhthGn3N6s