Military policeman saves man from getting electrocuted in Quetta (VIDEO) 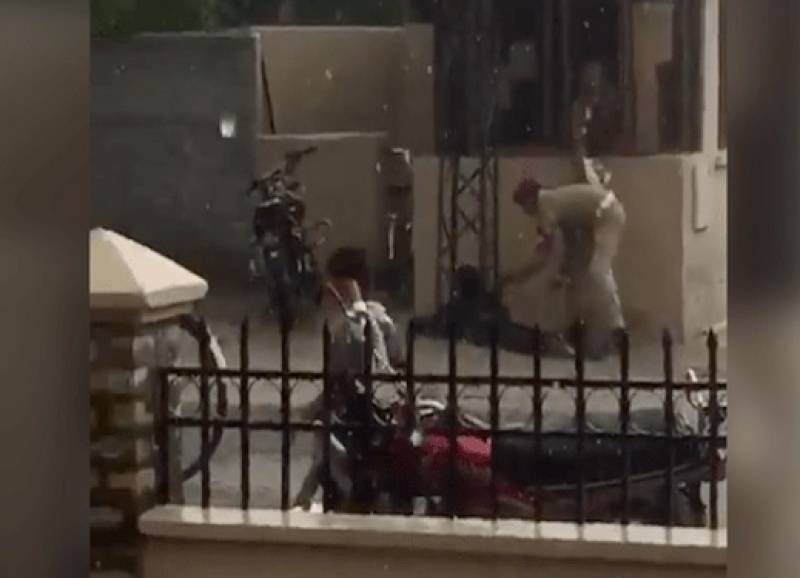 QUETTA – A heroic act of a military police official saved a man from being electrocuted in Balochistan’s capital city amid ongoing monsoon spell and the video of the incident has gone viral on social media.

The man, identified as Shehroz Masih, was rescued from hazardous electric shock pain in an area of Quetta Cantt by a timely action.

The video shows the military police official tying a piece of cloth to Masih and pulling him away from the electric pole without caring for his life.

The man was later shifted to a hospital for treatment and his condition is reportedly stable.

The video has gone viral on the internet, with several users lauding the official for his quick thinking and saving the life of the man.

KARACHI – In a recent viral video, an officer of Sindh police smartly doused the fire after electric wires caught ...