Indian millionaire gives up everything to become a monk 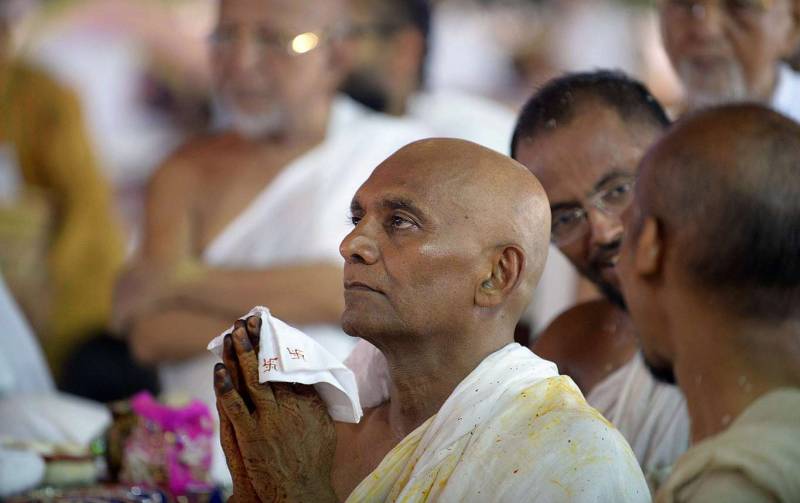 Doshi’s decision wasn’t an impulsive one: Jain lectures have been drawing him to spirituality since 1982. But his family - his wife, two sons, and a daughter - were always reluctant to let him go. They finally relented last year, allowing Doshi to fulfill his long-time dream of becoming a monk. His initiation into monkhood took place in an extravagant ceremony at Ahmedabad Education Society, in Ahmedabad, Gujarat. 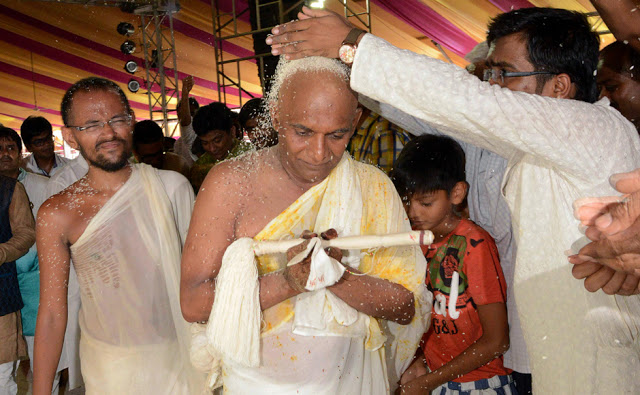 The one million square-foot venue was specially decorated for the event, with a ‘samyam jahaz’ (ship of restraint) theme. 20,000 bamboo sticks were used to build the stage; 3,000 workers and 200 security guards were hired for the event. A whopping 150,000 people attended; 7,000 of them arrived from out of town, and 500 hotel rooms were booked to accommodate them.

Doshi himself entered the venue dressed in glamorous clothing, but shed his grand attire for simple cotton clothes during the ceremony. 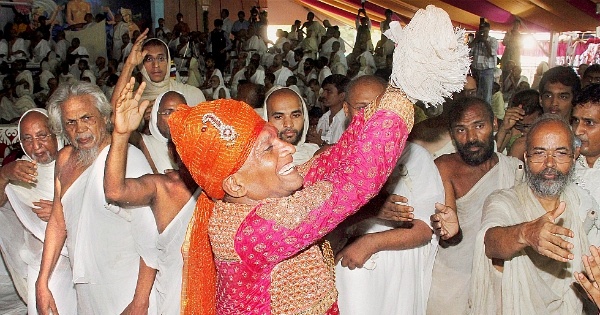 A total of 100 crore rupees (nearly $16 million) was spent on the occasion. Money, gold coins and car keys were thrown into the crowd during the procession.

Doshi, who is originally from Rajasthan, refused to join his father’s textile business in 1970s. Instead, he borrowed 30,000 rupees from his father to start his own plastic trading business in Delhi. After four decades of growth, success, and a luxurious lifestyle, Doshi has given it all up for a life of austerity. He must wear simple clothing, walk barefoot, and must never again cut his hair.

“Taking diksha is not easy,” said Surishwarji Maharaj. “A Jain muni’s life is like that of a conch shell that cannot be painted by any other colour.” But Doshi remains undeterred by the hardships that await him.

“He would have taken diksha three years ago but the family stopped him then,” his son Rohit told the press. “It is always tough when the head of the family wants to seek diksha. It took three years for him to convince us. We are proud of him. The honour and respect that he got when he announced his decision that can only be seen to believed.”

Rohit, who has an MBA degree from the UK, added that his father doesn’t find value in formal education. Instead he believes that “the only real path is the path of moksha (salvation).”