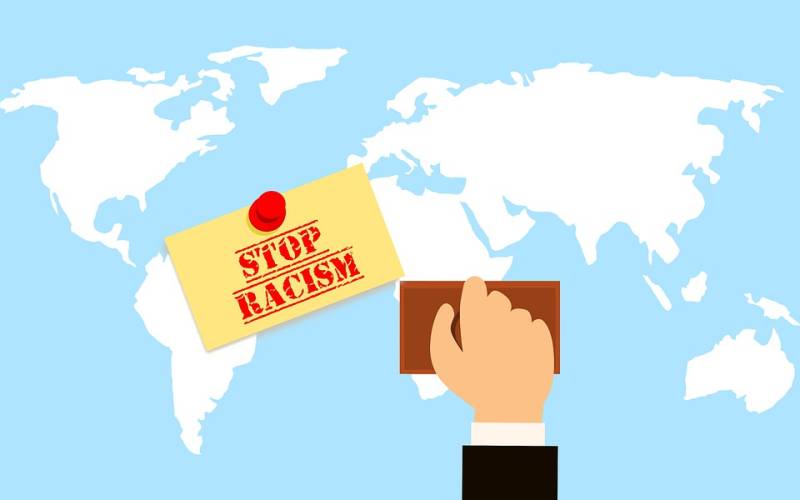 The act of racism is to believe that all people of that race are superior and others are inferior to them. It is an act that exists in all areas of this world. The creator could have easily made us all the same color, and to believe in the same ideologies; however, he did not. As human beings, the ability to live amongst different people is vital and a way to have a strong bond with each other. The oppressed have gone through enough, whether it is people of color, race, or gender. It is essential for us to rid of these prejudices now by creating awareness, vocalizing injustice, and using nonviolent resistance.

We have many examples of nonviolent resistance in the world to follow. The first being Imam Hussain (A.S.), the grandson of Prophet Muhammad (P.B.U.H.). Imam Hussain (A.S.) used nonviolent resistance to stand against the tyranny of a government led by Yazeed. The Imam rejected the allegiance and acceptance of Yazeed as the leader of that time, by bringing forth his family and close companions to repel. Due to the method of resistance used by Imam Hussain, he was killed mercilessly and deprived of his rights. Not only was he deprived of his rights as a human, but so were his family and companions who stood against Yazid’s tyranny. I use this example of the grandson of Prophet Muhammad (P.B.U.H.) because it is a sacrifice so eloquent that was done for the justice of a beautiful cause. The price paid to attain this justice was the life of the Imam, his family, his companions, and the imprisonment of the woman in his family. This incident happened over 1000 years ago, however, the message of Imam Hussain still lives today. The act of using nonviolent resistance is exemplified through the sacrifice of imam Hussain and should be the method to create resistance against tyrannical forces. Awareness was spread from his sister Zainab bint Ali, and the incident of Karbala's lives due to her as well.

Next, another efficient method of using nonviolent resistance is that of which Martin Luther King used. He stood against oppression in America towards African Americans. He was assassinated due to his activism. The people who supported him marched for days, and finally, the civil rights act was implicated in 1964. Another example in the history of America was when Rosa Parks refused to sit in the back of a bus when it was common for African Americans to sit in the back due to their color. After Rosa Parks decided not to move, she was harassed and arrested for it. After she was arrested, the Montgomery Bus boycott was put into effect, in which the busses were boycotted for 381 days, giving way to a nationwide effort to end segregation. Of course, as we can see today, racism has not ended. Using the tools and mechanisms that both Martin Luther King and Rosa Parks are effective ways of creating awareness for injustice, and paving ways for anti-racism movements to be eradicated.

Lastly, the eminent actions of Bilal ibn Rabah is an illuminating incident. In a time where Arabs enslaved Africans, Bilal was a slave to a pagan merchant by the name of Ummayah ibn Khalaf. In that time Islam was emerging and Prophet Muhammad (P.B.U.H.) was spreading his message. Bilal was told that “all mankind should be equals”, leading to defiance in his master. Bilal used the act of nonviolent resistance and awareness against slavery. For this, he was tortured for days, where his limbs were pulled apart due to him vocalizing the message of Muhammad. Bilal was then bought and freed from being a slave. Due to his actions of standing up against despotism, he was exalted in society as a free man.

Furthermore, the movements using nonviolent resistance and awareness stand above all methods of correcting injustice. It may take sacrifices of giving up life and freedom. However, the message keeps these individuals alive in the hearts of those who stand against inequality. The more awareness that is provided, the less one sees injustice in our society. To act against injustice is crucial and the way to do it is through creating impactful awareness, without the use of violence.