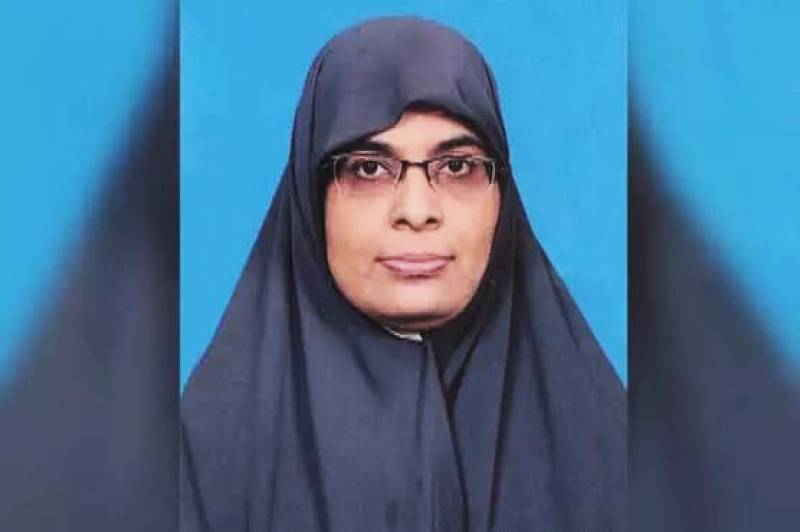 KARACHI – The Counter-Terrorism Department of Sindh police Thursday issued its ‘Red Book’ of most wanted terrorists, which includes the first woman, Dr. Sadia Jalil, for her alleged involvement with the banned terror outfit.

The report of BBC Urdu stated that at least 93 most wanted terrorists including Dr. Sadia Jalil have been added in the ninth edition of CTD Red Book.

Jalil, who is reportedly the first woman on the list of most hardened terrorists, is a gynecologist, she also worked for a private medical university before getting involved in terror activities.

The absconder has been listed for being a part of Al-Qaeda South Asia. The report quoted DIG CTD who claimed that she assisted numerous terror plots including the 2015 Safoora shooting that left at least 46 people dead.

Meanwhile, the provincial Counter-Terrorism Department has announced the ninth edition of the Red Book that contains the names of terrorists wanted by the Pakistan government. 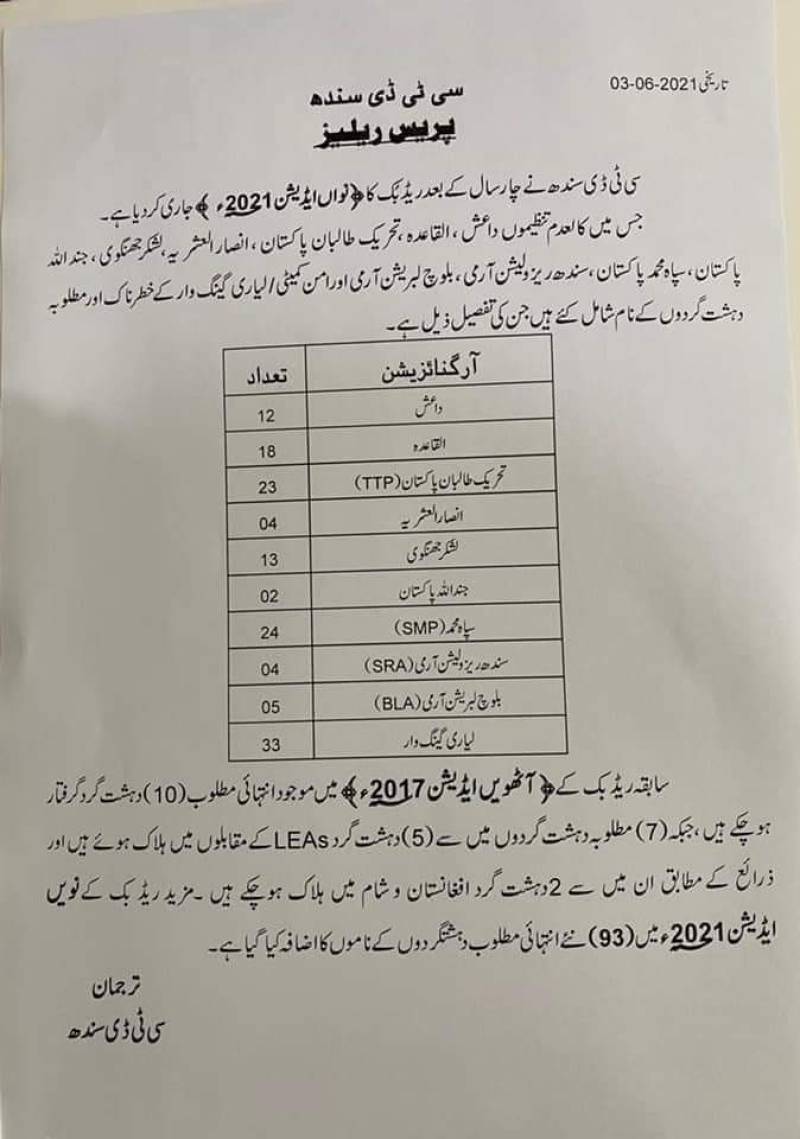 The list of 93 most wanted terrorists comprised of 10 different organizations. 12 members of Daesh, 18 from Al-Qaeda, 23 from Tehreek e Taliban, 4 from Ansarul Sharia, 13 Lashkar e Jhangvi members, 2 from Jindullah, 24 Sipah e Muhammad, 4 Sindh Resolution Army, 5 BLA, and 33 of Lyari Gangsters have been added in the CTD Red Book.