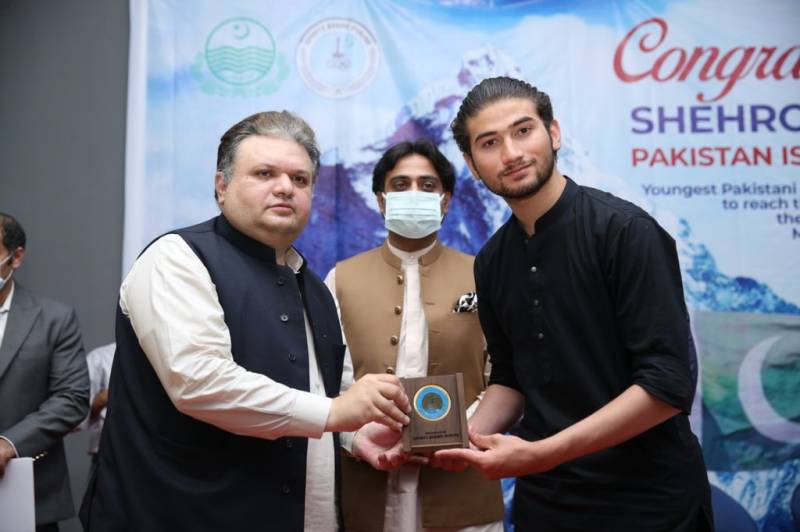 The board in a tweet said, “Punjab Minister for Sports and Youth Affairs Rai Taimoor Khan Bhatti awarded a cheque of Rs one lakh, a Youth Ambassador letter, and a shield to Shehroze”.

The young mountaineer, 19, also shared the news on social media, stating, “Alhamdulilah! I have been appointed Youth Ambassador by Sports Board Punjab”.

The minister had earlier said that the whole nation is proud of talented youth like Shehroze and SBP will continue to encourage promising youngsters and sportsmen.

Last month, Shehroze Kashif, who hails from northern areas, had become the youngest Pakistani to conquer Mount Everest – the highest mountain in the world.

ISLAMABAD – Shehroze Kashif, a 19-year-old boy from northern areas, has become the youngest Pakistani to conquer ...