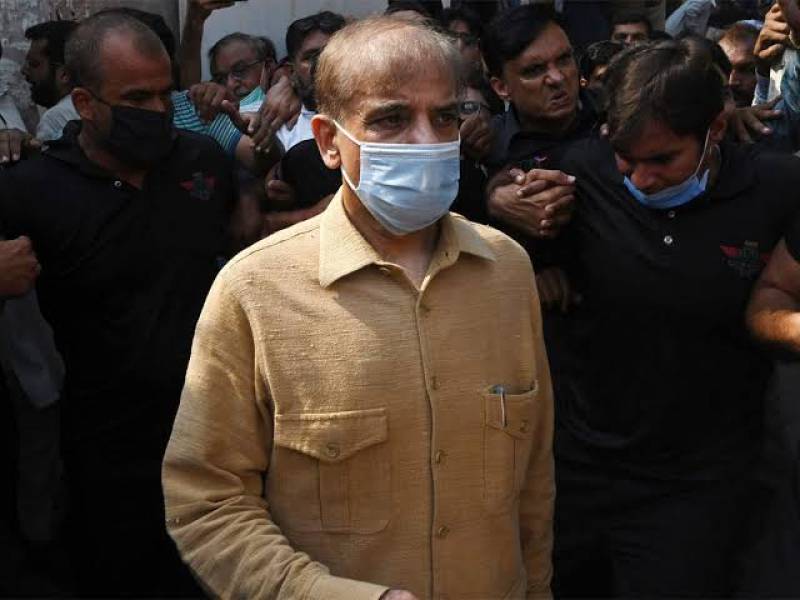 During the hearing, Justice Ali Baqir Najfi remarked that the counsel of PML-N leader is presenting arguments on assumptions.

Meanwhile, raising objection over PML-N leader’s petition, the government lawyer said that Shehbaz Sharif is main accused of money laundering case. The judicial proceedings will get affected if he [Shehbaz Sharif] leaves the country, he added.

The counsel for Shehbaz Sharif recalled his client after getting bail in Ashiana Housing and Ramzan Sugar Mills cases went abroad and came back.

The PML-N president also produced a return ticket showing his intent to come back to Pakistan after his treatment.

The prosecution's counsel argued that the former Punjab chief minister can sought treatment in Pakistan but the defence counsel, Amjaz Pervez, stated that Shehbaz had sought treatment abroad earlier and returned.

He also argued that an appointment with Shehbaz's doctor, who had been managing his case, was already fixed for Monday, adding that it will be difficult to secure at another time due to coronavirus pandemic.

Shehbaz, during the hearing, stated that neither is he a "smuggler", nor a "terrorist" for him to be barred from leaving the country.

He said, "I will return to Pakistan as soon as his doctors permit him".

The court decided to allow Shehbaz on medical grounds to go abroad from May 8 to July 5.

Sharif had filed a petition in LHC, stating that he is a cancer survivor and needs to go abroad for treatment, but the federal government had put his name on the blacklist.