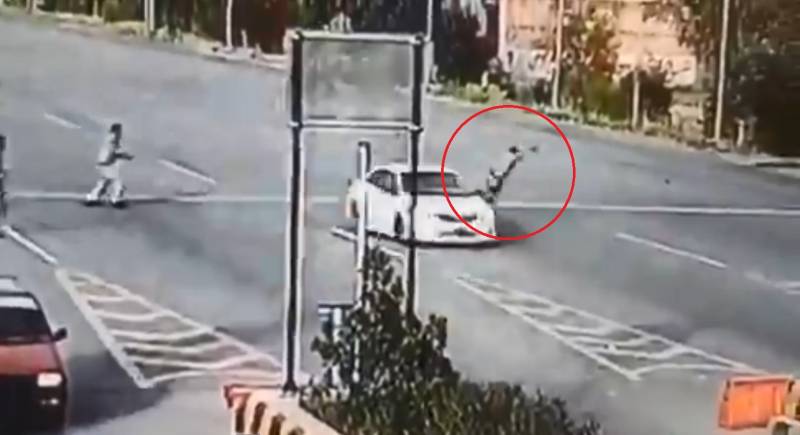 PESHAWAR – An official of National Highways and Motorway police was run over by a car near Peshawar toll plaza after the driver was signalled to stop the vehicle.

The CCTV footage of the incident, which occurred on Thursday, shows a speeding white car is approaching the toll plaza when the ill-fated cop asked him to pull over, but the driver did not stop the vehicle and hit the official, tossing him in the air.

When the suspected named Junaid tried to escape from the scene, he was arrested by police. The accused has been handed over to PS Chamkani for further legal action.

A motorway police officer near Peshawar toll plaza was intentionally hit by an overspending car after the driver was being signaled to stop. The officer is in critical condition and has been hospitalized. pic.twitter.com/OtKEynyHPQ

The injured cop, who has been identified as Adeel Ali Shah, was immediately shifted to Lady Reading Hospital Peshawar where his condition is said to be critical due to severe head injuries.

On this occasion, DIG Ashfaq Ahmed paid rich tributes to those who have rendered eminent sacrifices while performing duties..

LAHORE - Showing a matchless display of professionalism and bravery, a traffic warden risked his life to catch a hit ...