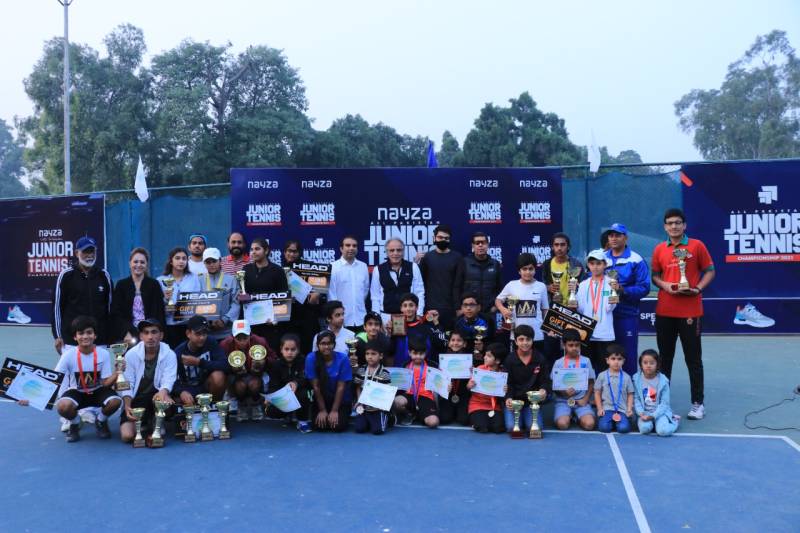 Abdullah Adnan completed the hat-trick of national U-18 titles by defeating seasoned campaigner Mahatir Muhammad of Karachi 6-3, 7-5 in the boys U-18 final. Although Abdullah won the final in straight sets, but it was Mahatir, who gave tough time to the winner and reached quite close in the second set before losing the final.

In the girls U-18 final, Zarhra Suleman (LGS Defence) played well against spirited Ashtafila Arif and after a tough battle, she won the final with a score of 6-4, 6-3. In the girls U-14 final, Soha Ali was up against Noori Saad and she played tremendous tennis against her opponent to win the final and title by 4-1, 4-1.

Brand Director Nayza Musa M Hussain graces the concluding ceremony as chief guest and distributed prizes and trophies among the winners. Other notables present on the occasion were PLTA Secretary Rashid Malik (Tamgha-e-Imtiaz), tennis players and their families.

Rashid Malik thanked Rafum Group CEO Zahid Hussain for sponsoring the event and hoped that Rafum Group will continue to support for the development of junior tennis, which will further help in flourishing the game in the province. He also conveyed the special thanks of tennis players and families for conducting the national junior event in a successful manner.