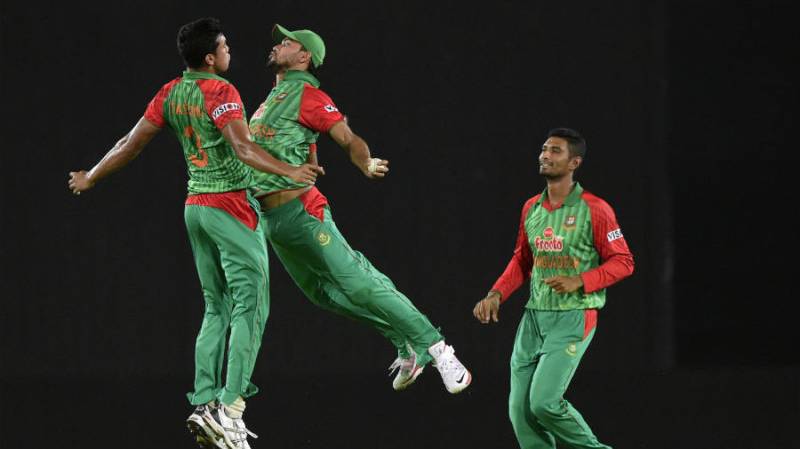 DHAKA (Web Desk) –Bangladesh on Friday defeated Pakistan by 7 wickets in the first ever T20 match at Shere Bangla National Stadium of Dhaka.

Pakistan set a target of 142 runs that was achieved by Bangladesh in the 17th over.

Bangladesh's Shakib-ul-Hassan remained the prominent batsman who scored 57 runs off 41 balls and Shabbir Rahman smashed 51 runs against 32 balls only.

Pakistan's Umar Gul and Wahab Riaz each picked one wicket.

While batting first Pakistani debutante opener Mukhtar Ahmad remained the most successful batsman who scored 37 runs of 30 balls. Haris Sohail and Muhammad Hafeez contributed 30 and 26 runs respectively. The skipper Shahid Afridi could score only 12 runs and was declared caught behind.

Earlier Pakistan decided to bat first after winning the toss.

Shahid Afridi said the match is very important for Pakistan and we will try to raise a big target against Bangladesh. 160 would be a good score at this pitch, he claimed.

Bangladesh had whitewashed Pakistan in the three ODI matches series for the first time in cricket history.