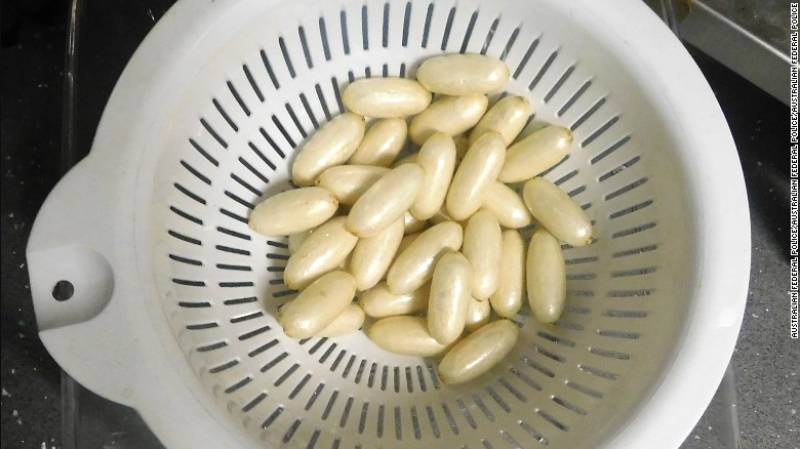 SYDNEY - A 48-year-old Australian man admitted he was carrying 110 packets weighing 1.1 kilograms of cocaine in his stomach to police at Sydney Airport, soon after arriving on a flight from Thailand on September 1.

The man, who lives in Thailand, told to police after he passed a baggage examination that he had ingested a large number of packets filled with cocaine.

Later, the man passed 46 pellets containing about 460 grams of cocaine in the custody.

Authorities then took the man to a hospital, where another 64 were removed.