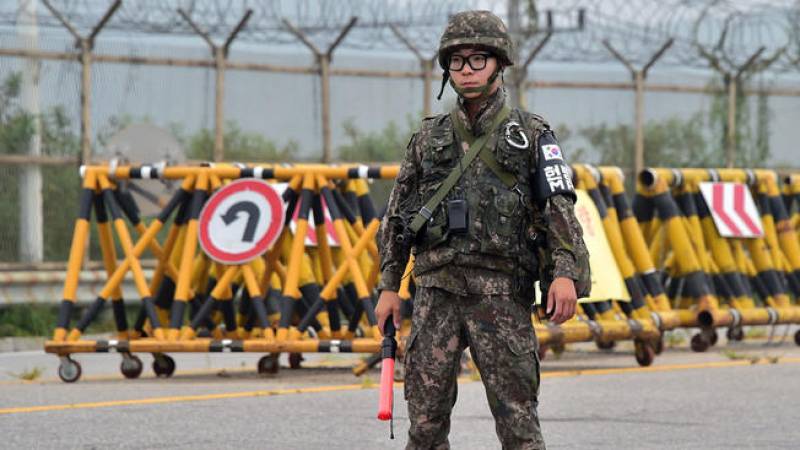 Senior aides to the two countries' leaders will meet at the Panmunjom truce village on the border at 0900 GMT, the Blue House said.

North Korea had threatened "strong military action" if the South did not stop border loudspeaker broadcasts. 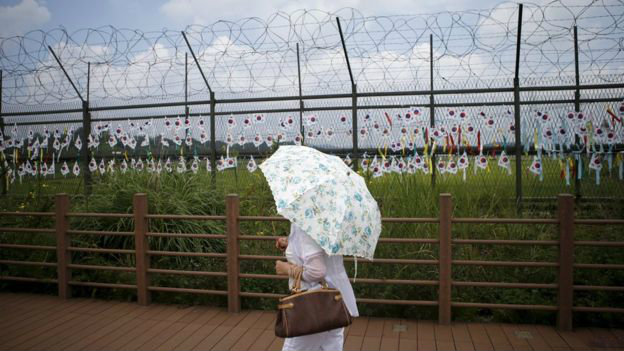 South Korea said that it would be represented by national security adviser Kim Kwan-jin and Unification Minister Hong Yong-pyo, and the North would send senior officials Hwang Pyong-so and Kim Yong-gon, the BBC reported.

North Korea had earlier issued a deadline for the dismantling of banks of loudspeakers, which have been blasting news bulletins, weather forecasts and music from the South. It had moved artillery into positions to fire on them.

South Korea has evacuated almost 4,000 residents from border areas and warned that it would "retaliate harshly". 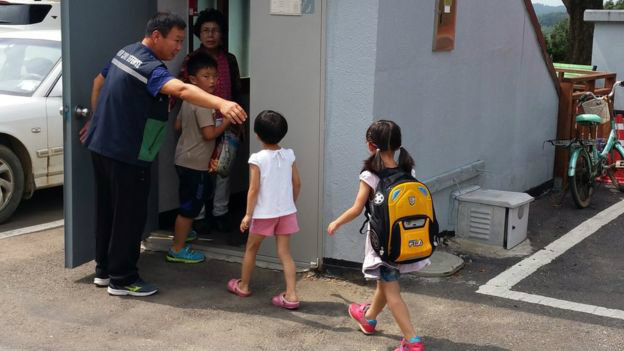 Each side will be represented by two members of the inner circle of the leaderships in Pyongyang and Seoul.

The difficulty is that they cannot even agree on the facts of the events which led to the current state of heightened tension.

It started when two South Korean soldiers were seriously injured by land-mines in the so-called Demilitarized Zone between the two countries. 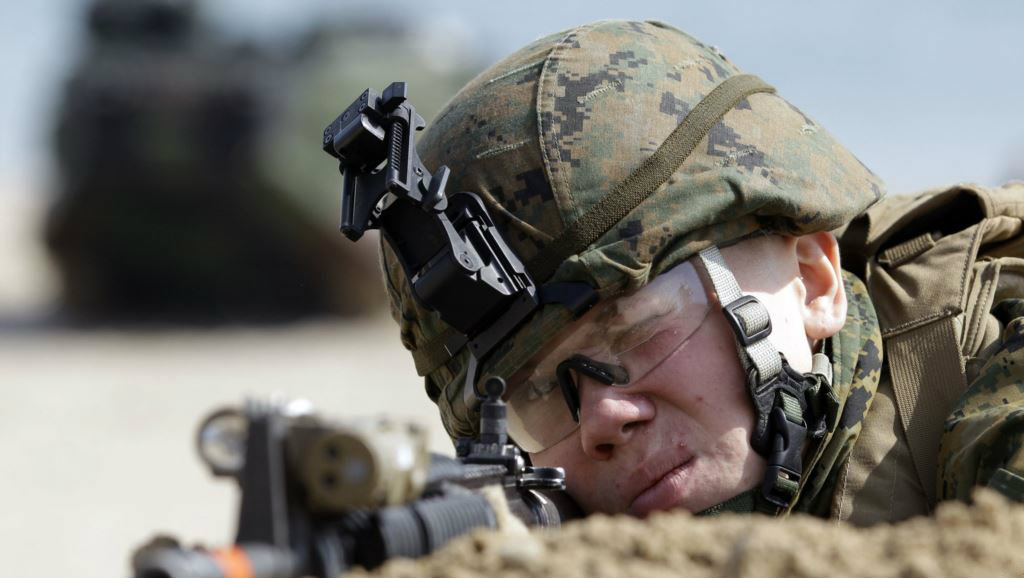 The talks will not diminish the fierceness of the rhetoric between the two halves of Korea, but they may find a way for both sides to walk away safely from a dangerous situation before it explodes.

US and South Korean fighter jets have been flying in formation near the border. 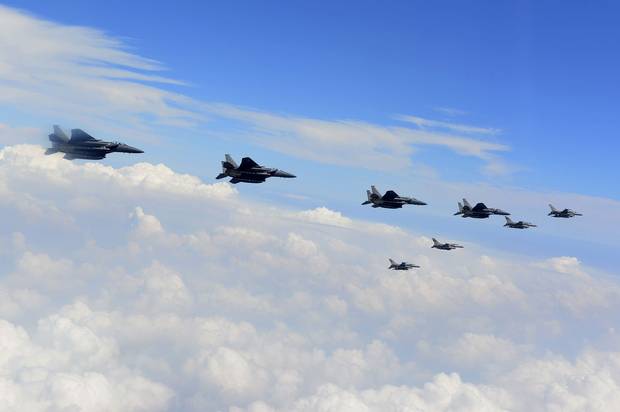 The US's top military officer has reaffirmed his country's "unwavering commitment" to South Korea's defence in a phone call to his South Korean counterpart.

Chairman of the Joint Chiefs of Staff Gen Martin Dempsey and South Korea's Admiral Choi Yoon-hee agreed they would "ensure that the US and [South Korea] continue to work closely with one another to deter further North Korean provocations and defuse tensions," a Pentagon statement said.

The two Koreas remain technically at war, because the 1950-1953 conflict ended in an armistice, not a peace treaty.

In 2004, South Korea and North Korea reached an agreement to dismantle their propaganda loudspeakers at the border.

The broadcasts were part of a programme of psychological warfare, according to South Korean newspaper Korea Times, to deliver outside news so that North Korean soldiers and border-area residents could hear it.

On 10 August this year, South Korea restarted broadcasting in an apparent reaction to two South Korean soldiers being injured in a landmine explosion in the demilitarised zone that was blamed on the North. 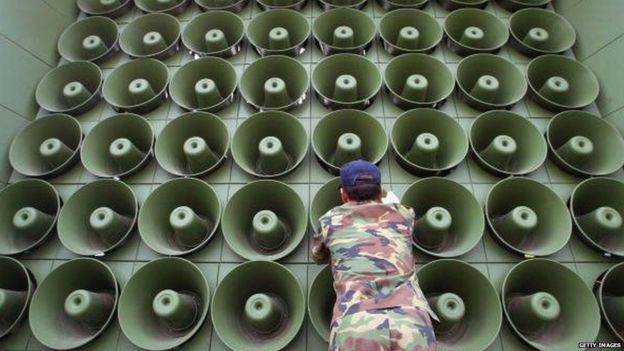 However, some reports said that the quality of the North Korean loudspeakers is so bad that it is difficult to understand what they are saying.

The South had previously threatened to restart broadcasts in 2010 but although the loudspeakers were reinstalled at that time, they were not put into use, with the South using FM broadcasts into the North instead.