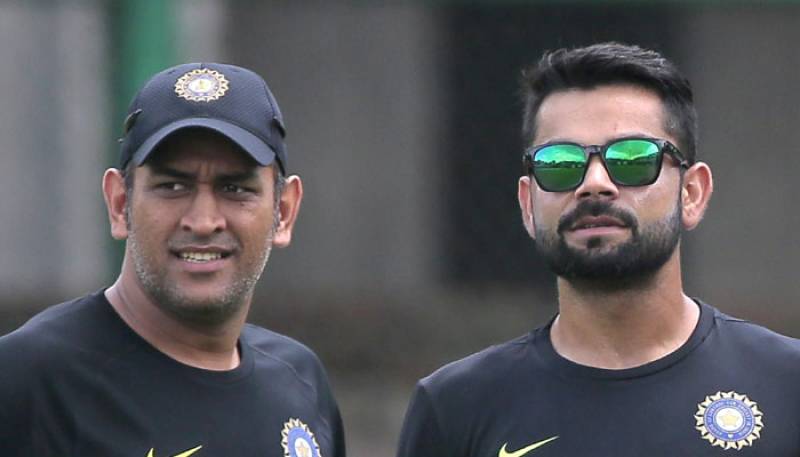 MUMBAI - The Indian cricket board has warned it would pull out from the 2017 Champions Trophy in England next year, after its exclusion from ICC’s finance committee meeting.

Taken aback by this shocking disclosure of the Board of Control for Cricket in India (BBCI), the cricket fans are likely to give Team India a miss next year.

The BCCI bosses felt humiliated after the world's richest board was excluded from ICC's finance committee meeting, the Indian Express reported on Wednesday.

India’s superstars Virat Kohli and MS Dhoni would nowhere to be seen hitting sixes if the board stood with its decision.

"These are the committees where all the important decisions are taken — finance, commerce and chief executives committee; India not having a representative (in those committees) is a humiliation for us," BCCI secretary Ajay Shirke told the Indian media.

"We will tell the ICC, ‘either you amend this or we will decide what to do to protect India’s cricket interests globally’.

"It could be anything. We may even not play the Champions Trophy. Better sense may prevail, and we may not reach that stage at all. But there are so many options," the BCCI secretary added.

It is also reported that BCCI would think on “parallel lines” if it continues to be ignored on ICC's negotiating table.

Ever since Shashank Manohar took charge of cricket's governing body, the Indian board has had constant run-ins with ICC.

Revoking the Big Three revenue model and plans of a two-tier Test system are the two other decisions that ICC faces opposition from the BCCI.

BCCI recently raised questions about ICC’s decision to allocate a budget of nearly $135 million to the England and Wales Cricket Board for hosting the Champions Trophy next year.

The Indian board, on the other hand, was granted just $45 million for organising the World T20 earlier in the year.

The ongoing feud between the BCCI and ICC needs to be resolved at the earliest. This ego clash could not just dent world cricket but also deprive fans of watching the likes of Virat Kohli, MS Dhoni and Rohit Sharma at one of the world's premier cricket tournaments.